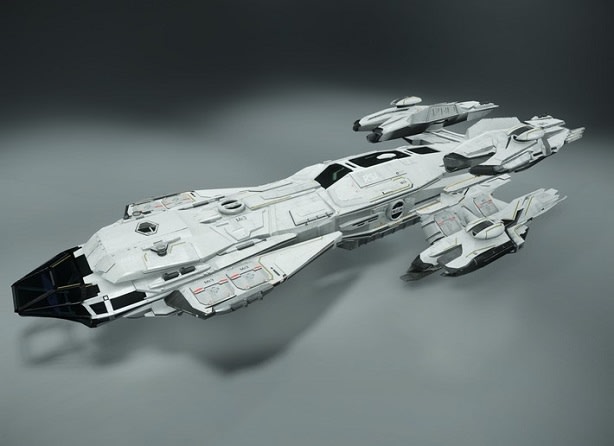 Star Citizen crossed $50 million in support following the launch of some pricey digital starships. The milestone was reached thanks to the docking of the "2945 RSI Constellation Lineup," a collection of four ships that went on sale over this past weekend. The game reached $48 million in mid-July, at which point Roberts Space Industries introduced the Retaliator ship.

The 2945 RSI Constellation line of starships range in price from $150 to $350, the latter being the Constellation Phoenix, a luxury spacecraft in limited production: Just 5,000 of the ships will be made available. As of this writing, 628 of those ships were sold. Roberts Space Industries began its monstrous crowdfunding effort for Star Citizen with a Kickstarter project that hauled in a now-seemingly-puny $6 million in November 2012. One other PC game by its creator, Chris Roberts, is currently free on Origin until September 2: Wing Commander 3.
[Image: Roberts Space Industries]

15
Source: Roberts Space Industries, Gamasutra
In this article: chris-roberts, cloud-imperium, cloud-imperium-games, CrowdFunding, funding, pc, roberts-space-industries, space, star-citizen, starships
All products recommended by Engadget are selected by our editorial team, independent of our parent company. Some of our stories include affiliate links. If you buy something through one of these links, we may earn an affiliate commission.