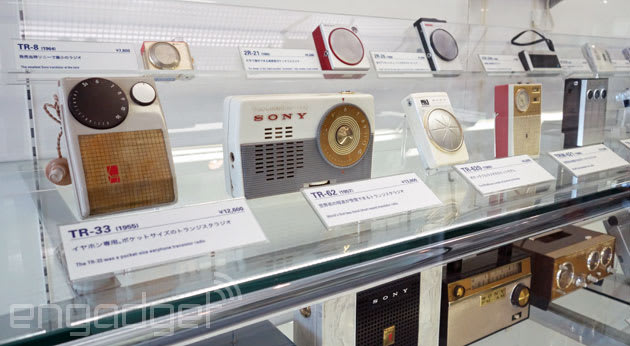 It's been tough times for Sony, and it's very much aware of it. While we hear all about the company cutting loose unsuccessful parts (whether it's PCs or e-readers), the other side of the coin is ensuring Sony can make another hit. Nikkei has done a deep dive (in Japanese and paywalled, unfortunately) on the electronics manufacturers' bid to drum up new business ideas. The next Walkman or the next PlayStation could well come from the New Business Creation department, first suggested by employee Shinji Odajima last April.

He was then appointed head of it. "There [are] still plenty of employees in Sony looking for a challenge," he said. An initial meeting for new business idea "auditions" was set to house 300 employees in June: Over 800 turned up. Odajima has now received over 200 ideas -- though he's not sharing those with anyone just yet.

Unlike other parts of the giant Sony machine, the new division isn't a top-down affair: Odajima-san's focus is squarely on its younger employees. "Renewal is supremely important for Sony. If we don't challenge, engage with our youngest..." He left the sentence there.

"We want to start something new; we just don't know how..."

The department has held idea auditions once every three months. While the company continues its own internal plans and projects, it offers a chance for employees to get their new ideas out there, when they might have typically been lost in the mire of bureaucracy and complexity of a company like Sony. The aim is for the section to act as an incubator for fresh ideas -- and fresh blood within the organization.

"We want to start something new; we just don't know how," and, "Who can I present my new ideas to?" These were the things the new head was hearing from employees. Odajima built up a base of around 200 young hires, beginning with informal lunchtime meetings -- most attendees apparently brought homemade bento lunches.

But why hadn't Sony been able to birth new ideas in the lost 20 years, as Nikkei phrases it? Apparently, it was the hangover from those prior hits: "We were mired in an innovation dilemma." Late to flat-panel TVs, and beaten by Apple on flash-storage music players are both offered as missed opportunities.

Sony's incoming PlayStation Now service is an example of the not-all-that-Sony ideas it's hoping to foster. A console-free gaming service apparently wasn't an easy sell to senior Sony executives at the start, who feared it would destroy its console business. Sony Computer Entertainment's Shuuzo Kikuchi had a frank (and well, correct) response:

"SCE isn't a business there to sell console. It sells games and content; that's the essence of it. Delivering gaming from the cloud could be a very important part of this."

"People might have negative things to say about us, but I don't take much notice of that," declared Odajima. The department's final idea screening will happen at the end of the month -- then it's time to transform those chosen few into businesses and see what works.

Source: Nikkei (Japanese, paywall)
In this article: japan, playstation, playstationnow, sony, walkman
All products recommended by Engadget are selected by our editorial team, independent of our parent company. Some of our stories include affiliate links. If you buy something through one of these links, we may earn an affiliate commission.