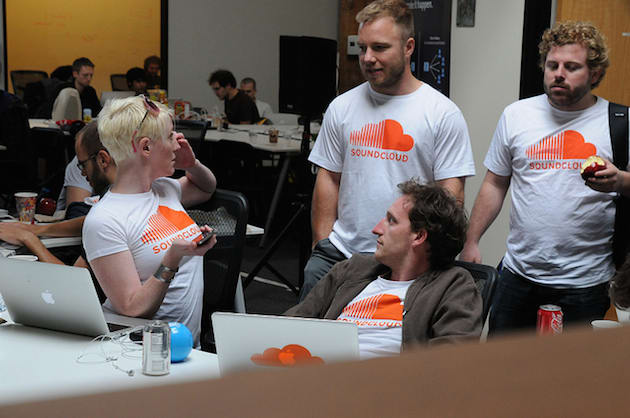 Often billed as the "YouTube of music," SoundCloud has become the number one choice for up and coming artists looking to share their tracks with the world. However, despite boasting a userbase that's four times bigger than Spotify's, the startup has found it difficult to turn that activity into revenue. The company hopes it can change that with the launch of a new Premier tier for "On SoundCloud" that will bring ads to the service, and also allow artists and record labels to start monetizing their music.

The launch shouldn't come as a surprise. In July, the company was rumoured to be cutting deals with major record labels in order to help get "On" off the ground. According to the New York Times, things haven't really progressed with the bigger players, mainly due the complex nature of the company's music platform. SoundCloud is home to a huge number of remixes and mashups, and Universal, Sony and Warner Music are pushing to get their share of royalties from those additional tracks. Despite the setback, SoundCloud will use licensing agreements to begin delivering ads, starting in the US, and will direct most of the revenue back to performers or providers.

While you can expect to see or hear the "occasional" ad from Sonos, Jaguar and Comedy Central in the near future, SoundCloud says it is working on a subscription option to make them go away. However, the company hasn't made it clear whether premium account holders (people who already pay to upload their tracks) will be served ads. With Google readying the launch of "YouTube Music Key," with paid access to full artist catalogs, concert footage and remixes, SoundCloud could soon feel the full force of the real YouTube for music. Good news for labels, but also fans -- as long as they're willing to put up with ads or put down cash for a subscription.

Via: New York Times
Source: On SoundCloud
In this article: ads, google, music, soundcloud, soundcloud on, subscription, youtube
All products recommended by Engadget are selected by our editorial team, independent of our parent company. Some of our stories include affiliate links. If you buy something through one of these links, we may earn an affiliate commission.