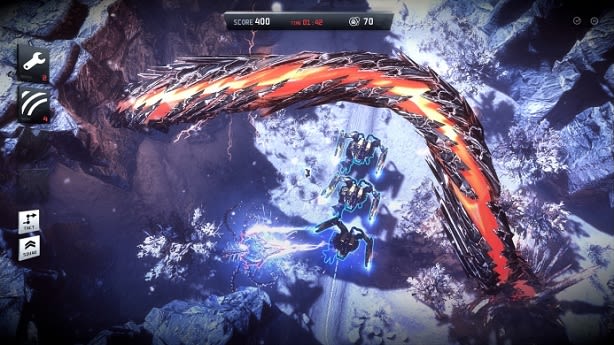 Anomaly 2 will arrive on PlayStation 4 in North America on September 16, 11 Bit Studios announced. The reverse-tower defense game will reach the next-gen system one day later in Europe. As of February, the game was expected to launch in the spring.

As the sequel to 2011's Anomaly: Warzone Earth, the game takes real-time strategy elements into battle in its single-player campaign as well as a "tower offense versus tower defense" multiplayer mode. Anomaly 2 is available on a number of other platforms: iOS, Android via Google Play and PC, Mac and Linux via Steam, reaching the latter in May 2013. It will cost $14.99 (€13.99) on PS4. Head past the break for a video of the next-gen version in action.
[Image: 11 Bit Studios] 7
Source: 11 Bit Studios
In this article: 11-bit-studios, anomaly-2, Indie, playstation, port, ps4, release-date, rts, tower-defense, tower-offense
All products recommended by Engadget are selected by our editorial team, independent of our parent company. Some of our stories include affiliate links. If you buy something through one of these links, we may earn an affiliate commission.