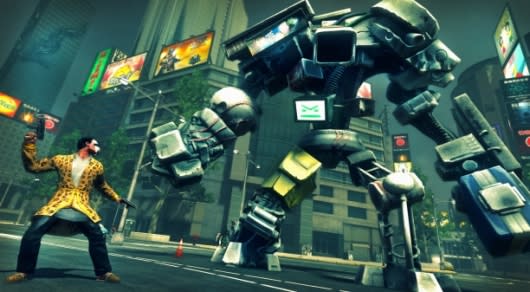 Funcom has released its second-quarter financial results for the year, and it's not a glowing success story. Revenue dropped roughly $600,000 compared to Q1, a drop attributed to weaker in-game item sales over the quarter. Despite this, the report indicates that the company remains on-track as a whole, with the overall pattern of expenses not significantly changed. All of the major MMOs in the studio's portfolio are stated to be cash-flow positive, which is good news for fans.

While the company launched several marketing attempts to draw more players into its titles, The Secret World was the most successful at bringing in more players via its most recent major update. The company projects good results for LEGO Minifigures Online when it releases in October. Interested players can look at the full report, which is less overwhelmingly positive than might be ideal but hardly paints a picture of doom.
Via: MMO Fallout
Source: 2Q14 Financial Report
Coverage: Official Site (Corporate)
In this article: age-of-conan, age-of-conan-unchained, anarchy-online, ao, aoc, aoc-unchained, buy-to-play, classic-mmo, conan, f2p, faction, family, fantasy, financial, financial-reports, free-to-play, funcom, horror, hyboria, industry, kid-friendly, kids, lego, lego-minifigures, lego-minifigures-online, mmo-industry, mythology, news, news-items, sci-fantasy, sci-fi, secret-world, skill-based, subscriptionless, the-secret-world, tsw, unchained
All products recommended by Engadget are selected by our editorial team, independent of our parent company. Some of our stories include affiliate links. If you buy something through one of these links, we may earn an affiliate commission.