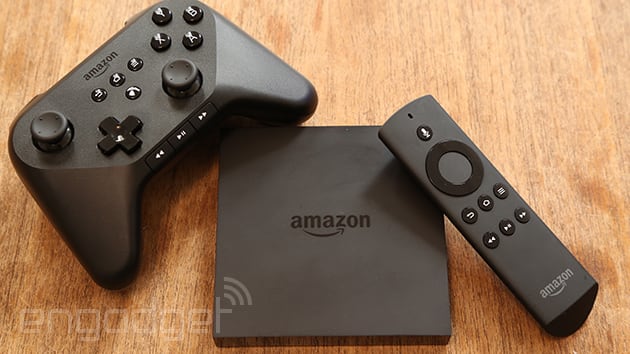 Americans have been able to get their fill of Amazon's set-top box for a few months. Now it's Europe's turn! The internet giant is bringing the Fire TV to the old world, and it'll be up for pre-order tonight. Customers in Germany will get first crack at it, when it ships on September 25th for €99. If you're an existing Prime subscriber, Amazon will cut that figure in half to just €49. The UK will get its chance on October 23rd. There you'll get the same discounted price of £49 for being a prime member, but it'll only cost £79 if you haven't already pledged yourself to the Amazon ecosystem. If you haven't already bought a Roku, Chromecast or Apple TV, perhaps this is the streaming box you've been waiting for. If it isn't... well then, you're running out of options.

Update: If you want to cash in on those discounts you better move quick. The deal is only good for the next five days.

In this article: amazon, firetv, hdpostcross, ifa, ifa2014
All products recommended by Engadget are selected by our editorial team, independent of our parent company. Some of our stories include affiliate links. If you buy something through one of these links, we may earn an affiliate commission.