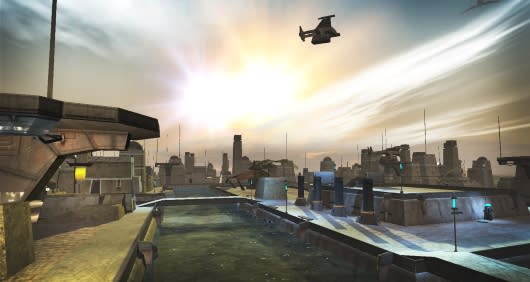 Following the loss of two of Anarchy Online's developers late last month, Funcom has promoted Henry "Michizure" Senger to fill the role of gameplay designer. Senger was a former member of the AO team who is now thrilled to be back: "It is a great honor and privilege to be able to focus all of my effort on Anarchy Online once again, and I greatly look forward to what we will accomplish."

Senger updated the playerbase on what's been going on with the upcoming patches. As previously announced, patch 18.7 was delayed due to feedback. The team will be focused on putting in the new Inferno mission in the meantime. Past 18.7, patch 18.8 will feature the new graphic engine.

"The new engine beta is still active, and the resulting feedback has been very helpful in identifying all the growing pains this process has presented. I look forward to having more tangible news to present in an upcoming developer update," Senger said.
Source: Monthly development update
In this article: 18.7, 18.8, anarchy-online, ao, classic-mmo, f2p, free-to-play, funcom, graphic-update, graphics-update, henry-senger, new-graphic-engine, new-graphics-engine, patch, patch-18.7, patch-18.8, preview, sci-fi, update
All products recommended by Engadget are selected by our editorial team, independent of our parent company. Some of our stories include affiliate links. If you buy something through one of these links, we may earn an affiliate commission.