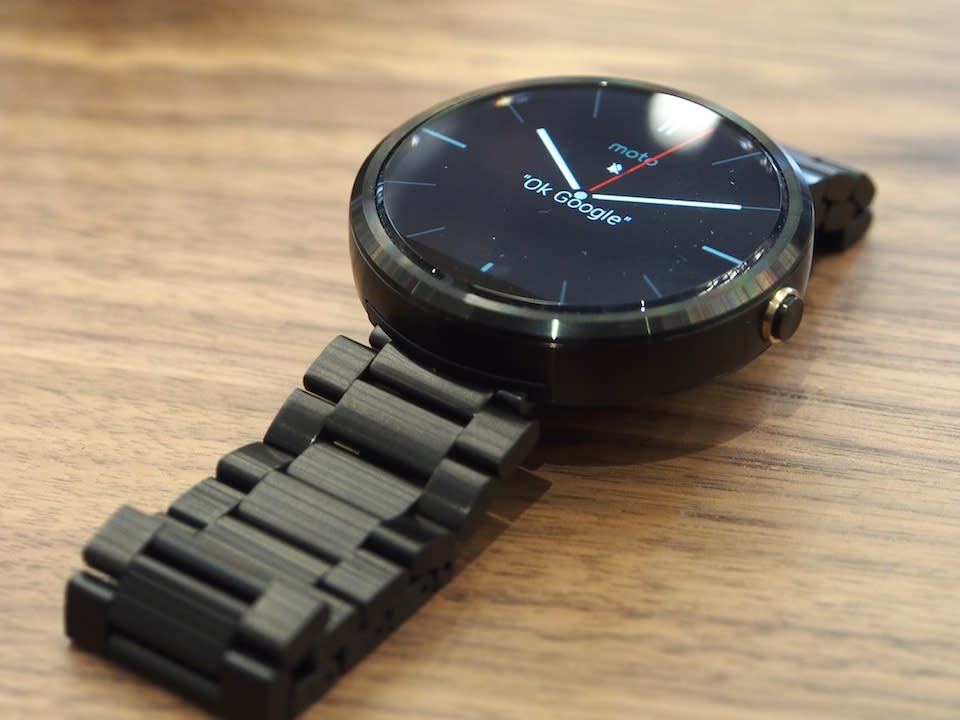 Motorola's long-awaited smartwatch is finally ready to be released, at least in the US. After roughly five months since being unveiled, the Moto 360 is due to hit the consumer market at last, one that's been so patiently awaiting its arrival. Starting today at noon ET, those of you in the States can order your very own for $250, from Motorola's website, Google Play and Best Buy (both online and at retail stores). That's not it, though, since Motorola also revealed that its circular Android Wear watch in metallic flavors will be coming later this fall -- although those sleeker silver and black options are set to be priced for $50 more than its leather counterparts. That said, Motorola does want early adopters to feel blanketed, so it's making the metal, swappable bands available separately for $80 a piece. Across other parts of the world, meanwhile, the Moto 360 smartwatch is going to hit the UK in "early October" for £199, and Canada in the fall for $279. Your move, LG. In this article: hands-on, Moto, Moto 360, Moto360, Motorola, Smart Watch, Smartwatch, SmartWatches
All products recommended by Engadget are selected by our editorial team, independent of our parent company. Some of our stories include affiliate links. If you buy something through one of these links, we may earn an affiliate commission.