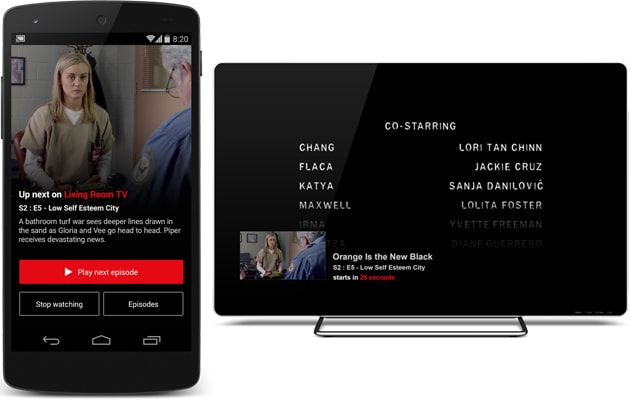 One of the most alluring (if dangerous) features of Netflix is its auto-play feature -- that's how you end up watching half of House of Cards when you only meant to check out one episode. Chromecast owners haven't had that luxury, however, so Netflix is releasing new versions of both its Android and iOS apps that enable the serial viewing option when you're using Google's streaming media stick. It works much like you'd expect if you were watching on the mobile device itself, but gives you extra time to reach for that phone buried in the couch cushions. You should see both apps surface within the next few days, and PC support is due "soon."

Source: Netflix, App Store, Google Play
In this article: android, chromecast, google, hdpostcross, ios, netflix, post-play, streaming, television, tv
All products recommended by Engadget are selected by our editorial team, independent of our parent company. Some of our stories include affiliate links. If you buy something through one of these links, we may earn an affiliate commission.