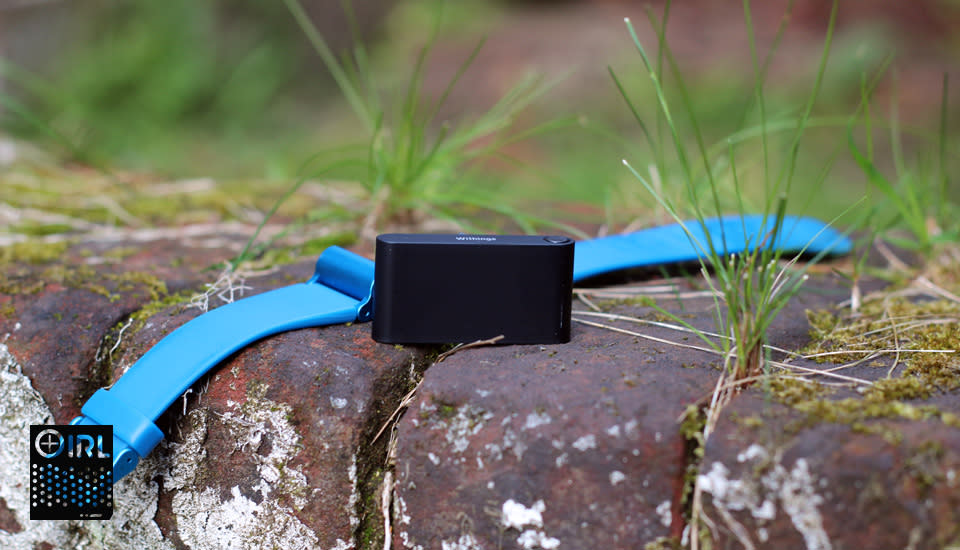 Last year, Withings released the Pulse, a Fitbit-esque activity tracker that clipped to your waistband. Its party trick was an optical heart rate monitor built into the back that helped it stand a little taller than its rivals. I reviewed it and liked it, but my feeling then, as now, is that the mainstream will never think a belt-worn pedometer is the best wearable technology can offer. My point was that it's far too easy to leave the unit on another pair of trousers pants, losing days' worth of data at a time.

Then, the company surprised us all by rolling out the Pulse O2, which retains the original's styling and features but can now monitor your blood oxygen levels as well as your heart rate. To me, this seemed like gilding the lily when the company had far more important issues to deal with -- like the flaking paint job on the rubber belt clip which perished far too easily in 2013.

It turned out, however, someone at Withings had been checking off my complaints for the second-generation hardware: the matte paint job doesn't start to scrape off after the first week of use, the optical sensor is more reliable and the belt clip is a little sturdier. None of this really makes the Pulse O2 a worthwhile purchase if, like me, you're not in love with the idea of a stubby pedometer attached to your waist.

That's where the new wristband comes in.

The original Pulse shipped with a cloth armband specifically designed to be worn while asleep. This year's model comes with a rubber-and-metal affair where the hardware neatly slides into a protective clip. Aside from the color (my model is blue, clashing with the all-black Pulse), the band turned out to be this device's saving grace.

Because the Pulse's algorithms are rock-solid, it refuses to be gamed, so it won't pick up additional steps no matter how hard you flail your limbs around. The optical sensor is much more responsive, and the blood oxygenation information is, if I'm honest, a neat trick that did make me briefly obsessed with my own breathing.

There are downsides, like the fact that you have to press the button seven times to see the time, which is at an odd orientation, making the Pulse useless as a watch. That's why it lived on my right wrist, with the Pebble retaining its position on the left. Useful, but it has made me look like the worst strain of Prize Silicon Valley Dickhead.

Withings has also been spending a lot of time refining its Health Mate app, causing it to improve immeasurably compared to the original companion software shipped with its first smart weighing scales. Now, it'll offer up detailed -- no, ultra-detailed -- statistics on your vital signs, as well as pulse monitoring from your iOS device's camera, which is a handy feature if you're lying in bed and can't be bothered to get the device from your bedside table.

I've started to recommend the Pulse O2 to people looking for their first fitness wearable precisely because it's the best example of the form factor you can buy right now. But, really, what Withings is showing here is its potential, and now that it's announced the Activité fitness tracker watch in the shape of an old-school Swiss watch, I'm seriously hopeful we could be on the cusp of a whole new fitness-tracking revolution.

In this article: engadgetirl, fitness, fitness tracker, fitnesstracker, IRL, Pulse O2, Withings, Withings Pulse O2
All products recommended by Engadget are selected by our editorial team, independent of our parent company. Some of our stories include affiliate links. If you buy something through one of these links, we may earn an affiliate commission.