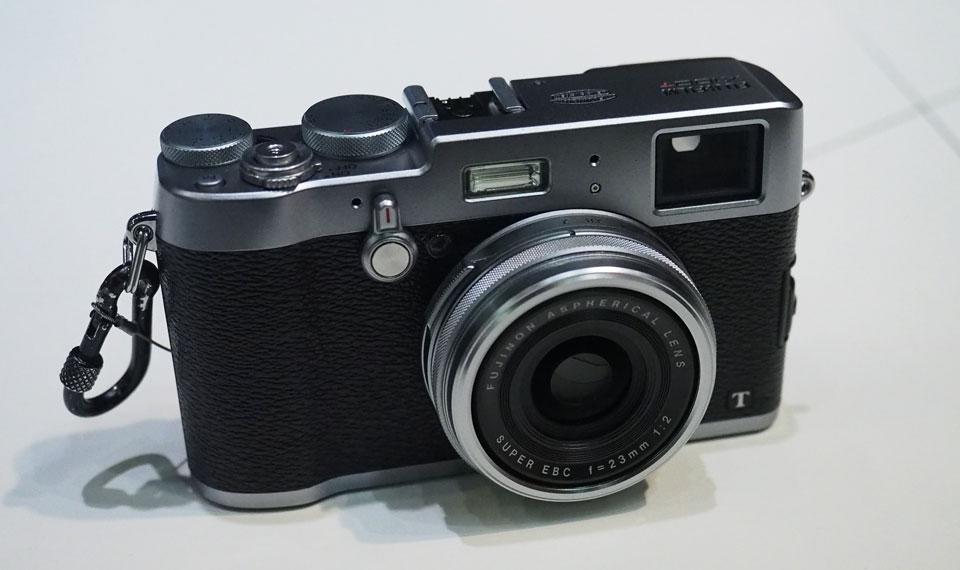 Both Fujifilm's X-T1 mirrorless and X100 compact cameras were widely lauded, so how could the company improve them without messing up a good thing? We'll talk about the X-T1 Graphite Silver Edition shortly, but in the case of the new X100T, Fujifilm's answer was to address its lone Achilles' heel: the viewfinder. The basics of the camera, like the 16.3-megapixel X-Trans II APS-C sized sensor and fixed 23mm f/2.0 lens remain the same as last year's X100S. Though the lack of a zoom might dissuade some, that lens delivers high-quality images and worked well with the original optical viewfinder (OVF). Though purists love OVFs, they bring certain problems -- namely, parallax issues on close-up shots and problems checking focus. Fujifilm has now addressed those problems with something we've not seen on any other camera: a hybrid viewfinder. 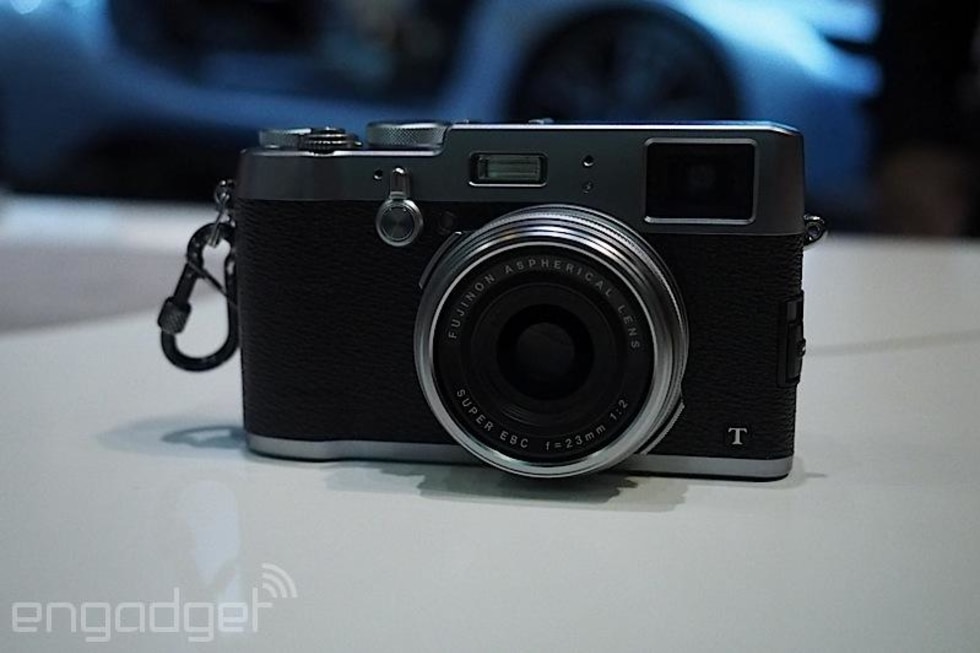 We saw it previewed earlier this year, but here's a reminder on how it works: You can shift between three viewfinder modes using a toggle at the front of camera. In the first mode, you have a 92 percent coverage optical viewfinder (OVF) with an overlay showing shutter, f/stop and other info. When you're shooting up close, where parallax can be a problem, the system automatically adjusts the frame border in real time so that you don't have to adjust after focusing -- normally a huge issue with OVFs. In pure EVF mode, there's a low-lag, 2,360K-dot electronic viewfinder that shifts quickly from optical mode. Finally, the hybrid, or "electronic rangefinder" mode shows an optical view with an EVF inset into the lower-right corner, allowing you to digitally judge exposure and focus. The parallax correction also works in this mode. In practice, it works rapidly and seamlessly, and switching between modes is easy with the front toggle. Though the quality of the EVF is good, switching to the OVF is jarring as you can instantly see how artificial an EVF actually is compared to a true rangefinder. But having the digital view in the corner is comforting, eliminating the nagging feeling that you've botched the exposure. Other tweaks include a "classic chrome" film simulation mode, easier-to-grip dials, new programmable functions, finer f/stop and exposure compensation dials, and 1080p/60fps video with manual focus. All of that should make the excellent X100T even better, especially if you like tweaking settings yourself -- as long as you can live without a zoom lens and don't mind paying $1,300 when it arrives in November. As for the X-T1 Graphite Silver Edition, the mirrorless camera has undergone more minor changes. Along with the new silver color, the shutter now deploys electronically and silently at up to 1/32,000 of a second, which could freeze even a jittery hummingbird. A fast shutter also means you won't need an NDF on a super-bright day, as long as you don't mind your subject having zero trace of motion blur. It's also got a new EVF that Fujifilm claims is more natural, and which we found to be relatively clear and free of lag. The X-T1 will arrive in November starting at $1,500 (body only) or $1,900 with an 18-135mm f/3.5-5.6 kit lens.

In this article: Fujifilm, Graphite Silver Edition, hands-on, photokina2014, X-100T, X-T1, x-t1graphitesilveredition
All products recommended by Engadget are selected by our editorial team, independent of our parent company. Some of our stories include affiliate links. If you buy something through one of these links, we may earn an affiliate commission.