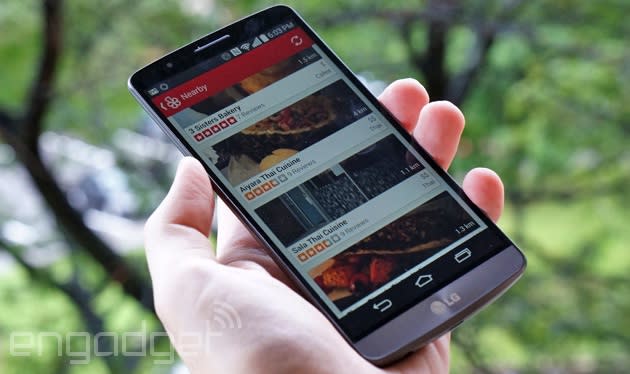 The FTC is eager to crack down on any perceived online privacy violations, especially when they involve children -- and we just got a good demonstration of that eagerness today. Both Yelp and mobile app developer TinyCo have settled with the FTC over allegations that they knowingly scooped up kids' personal information without permission. Yelp is paying a $450,000 penalty because it didn't have an effective age screen in its apps, letting those under 13 sign up by themselves. TinyCo, meanwhile, is shelling out $300,000 after some of its kid-oriented games asked for email addresses in return for in-game currency. These aren't the biggest settlements we've seen by any stretch, but they'll hopefully serve as warning to any app creator that wants to collect your little ones' data.

In this article: app, children, coppa, ftc, kids, mobilepostcross, privacy, settlement, smartphone, tinyco, yelp
All products recommended by Engadget are selected by our editorial team, independent of our parent company. Some of our stories include affiliate links. If you buy something through one of these links, we may earn an affiliate commission.