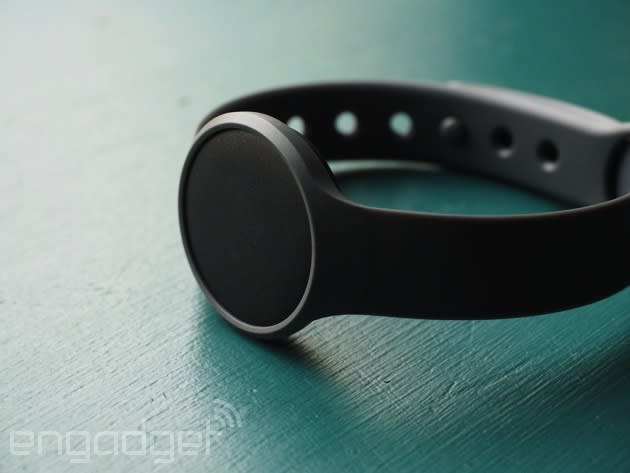 This week, Misfit announced its second wearable activity tracker... or did it? It's called the Flash, and essentially, it's a clone of a product the company already makes: the Shine. Both are small tokens capable of recording steps and sleep, as well as figuring out when you're doing more vigorous activities like cycling, swimming or playing tennis. So, where's the incentive? Well, that lies in the price, as the Flash costs half as much as the Shine at $50 or £50 -- or it will, anyway, when it launches in the US mid-October and in the UK a month later. Catching up with Misfit in London, we had a chance to check out the Flash, which is just that little bit bigger and fatter than the Shine. The front and back are also flat this time 'round, rather than convex, but the main difference is the materials used to make it.

To make the new price point work, anodized aircraft-grade aluminum has given way to a textured, rubbery plastic. In fact, it's the same material used for the Shine's sporty wrist mounts, since Misfit already knows it doesn't cause skin irritation (shoutout to Fitbit). On that note, the included sports band and clip mounts have been redesigned for the Flash. You can only pop the token in from the underneath, and a lip on the front side keeps the thing from escaping in that direction -- this was a problem with the Shine that later generations of accessories have begun to address. Misfit also tells us that a simpler design means the battery, which keeps the token running for around six months, should be easier to replace. 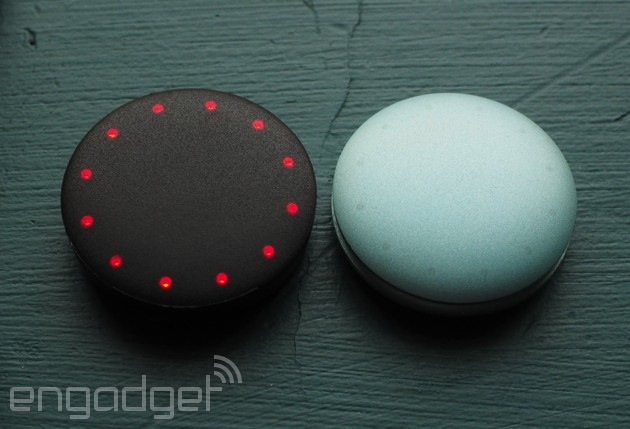 Other changes include the central button on the face of the Flash (hidden under the malleable plastic), which illuminates a ring of LEDs to show you how much progress you've made towards the next activity goal. On the Shine, you did this by double-tapping the touch-sensitive panel on the front of the token. Barring a few new colors options and lower waterproof rating (up to 30m compared with 50m for the Shine), then, it's more or less the same product for half the price. Misfit isn't too worried about cannibalization, however, banking on one group of consumers who'll prefer the more premium design of the Shine, and another who'll favor the value proposition the Flash offers. And with its low price point, the hope is the Flash will attract a whole new demographic of users that wouldn't have bought a Shine anyway. 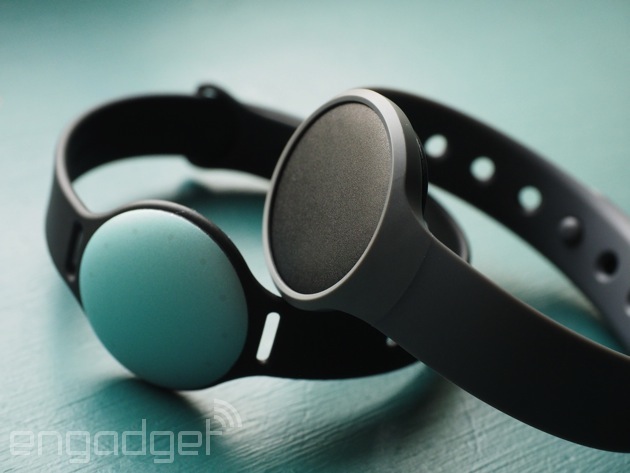 To coincide with the Flash's launch, Misfit has also gone about updating its mobile apps. Formerly known as the Shine app, the new Misfit app works with both devices, and you can sync multiple tokens to the same smartphone or tablet. Also, based on user feedback, yoga and dance (Zumba time!) have been added to the list of activities the Shine and Flash are able to track. While the Android version has already been updated with these features, the iOS app isn't expected to receive them until next week, as soon as the Apple overlords have given it the green light.

Source: Misfit
In this article: activitytracker, FitnessTracker, flash, hands-on, misfit, misfitflash, misfitshine, shine, wearable
All products recommended by Engadget are selected by our editorial team, independent of our parent company. Some of our stories include affiliate links. If you buy something through one of these links, we may earn an affiliate commission.