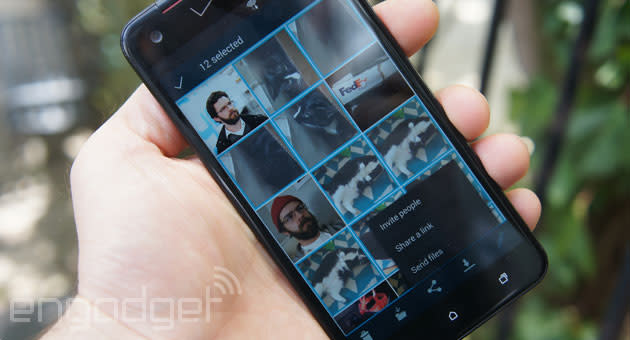 Microsoft has been rather generous with free OneDrive storage lately, and that doesn't seem to be changing anytime soon. Now Redmond is bumping the previous gratis 15GB up by 100 percent, to 30GB. What's the catch? There isn't much of one, really. All Redmond says you have to do (regardless of if you're a new user or seasoned veteran) is activate auto-upload on your device of choice's camera roll between now and the end of the month -- even on a Windows PC. Seems simple enough. The announcement focuses on the storage woes that've been associated with upgrading to iOS 8, and given the iPhone 6 Plus' fancy video tricks like HD time-lapse capture we'd imagine the off-device storage should come in pretty handy.

In this article: cloud, CloudStorage, desktop, microsoft, mobile, mobilepostcross, onedrive
All products recommended by Engadget are selected by our editorial team, independent of our parent company. Some of our stories include affiliate links. If you buy something through one of these links, we may earn an affiliate commission.