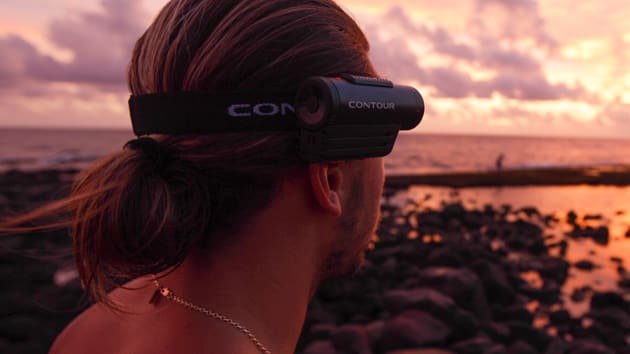 Contour came back from the dead this spring, but the first action cameras it sold upon its revival were simply old models from 2012 -- that's not much help if you're a loyal fan looking to upgrade. As of today, though, there's finally a brand new Contour cam to buy: meet the ROAM3. It's not a huge break from the ROAM2 at first glance, as it can still record 1080p video at 30fps (720p video at 60fps) with its 270-degree rotating lens. However, it's much more resilient than its ancestor; it can survive 30 feet underwater without using a waterproof case, which could make it a good match for your next surfing movie. It's hard to say if the ROAM3 can lure you away from GoPro's offerings, but its $200 price (which includes an 8GB memory card and two mounts) is low enough that it won't hurt too much to give Contour another try.

Source: Contour
In this article: actioncamera, camcorder, contour, roam3, video, waterproof
All products recommended by Engadget are selected by our editorial team, independent of our parent company. Some of our stories include affiliate links. If you buy something through one of these links, we may earn an affiliate commission.