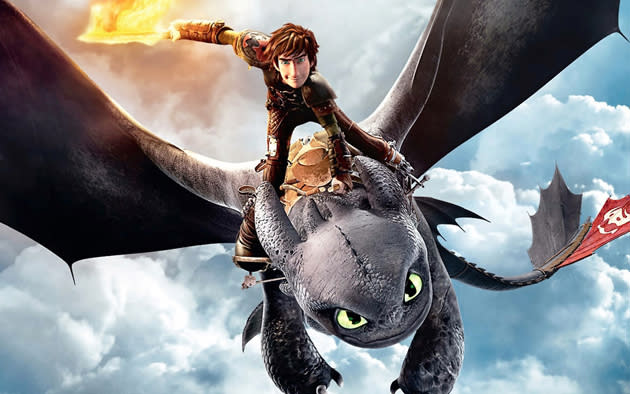 SoftBank may have already bought both a major mobile game studio and one of the US' largest carriers, but it apparently isn't done expanding its turf just yet. Both Hollywood Reporter and the Wall Street Journal claim that the Japanese carrier is now in talks to buy DreamWorks Animation, the movie studio you likely know for How To Train Your Dragon and Shrek. Reportedly, SoftBank chief Masayoshi Son wants to wield exclusive content as a weapon against rival mobile networks. While the sources aren't diving into specifics about the potential partnership, it wouldn't be surprising if you could eventually buy Sprint phones that come bundled with DreamWorks' latest flicks.

Neither side has commented on the rumor, and there's no certainty that the talks will lead anywhere. SoftBank's long-rumored bid for T-Mobile didn't pan out, after all. However, the conditions at least seem ripe for a deal. SoftBank is flush with cash thanks to its stake in Alibaba, which made billions for investors by going public; DreamWorks, meanwhile, wants to both expand its presence in Asia and reassure shareholders worried about its mediocre box office revenue as of late. It's still odd to imagine a Japanese telecom becoming a big Hollywood player, but many wouldn't have expected it to release a home robot, either -- comparatively speaking, a DreamWorks acquisition could be the safer bet.

In this article: acquisition, carrier, dreamworks, hdpostcross, mobilepostcross, movies, softbank, wireless
All products recommended by Engadget are selected by our editorial team, independent of our parent company. Some of our stories include affiliate links. If you buy something through one of these links, we may earn an affiliate commission.