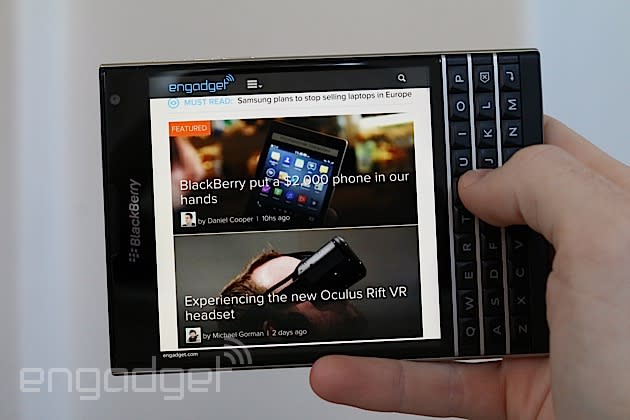 For better or worse, much has been made about the distinct shape of BlackBerry's new smartphone, the Passport. And, according to Ron Louks, president of the company's Devices division, we can expect BlackBerry to start pushing more out-of-the-ordinary hardware, like its latest, in the years to come. During an interview with Reuters, Louks said BlackBerry can afford to take risks after sorting out its financial situation, adding that the goal is to introduce "at least one unconventional device" every year. "When it comes to design and being a little bit disruptive, we want that 'wow' factor," he said. Louks also stated that BlackBerry is already working on yet another unusual device, and while there were no details revealed on what it is exactly, he did say carriers have had some positive feedback toward it. Whatever it may be, you can definitely color us intrigued.

In this article: blackberry, BlackBerry Passport, BlackBerryPassport, smartphones, tablets
All products recommended by Engadget are selected by our editorial team, independent of our parent company. Some of our stories include affiliate links. If you buy something through one of these links, we may earn an affiliate commission.