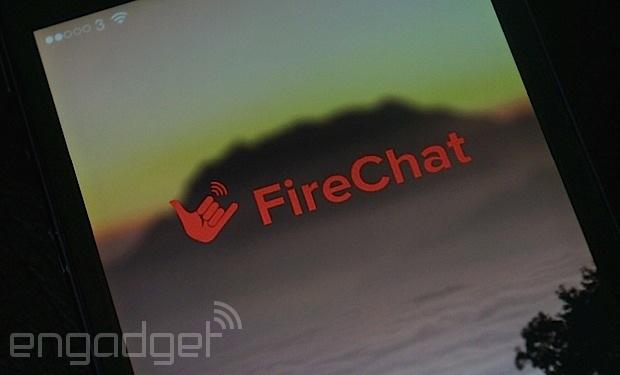 Social media and civil unrest have long gone hand-in-hand, from coordinating revolution during the Arab Spring to repressing corruption in Turkey. Amid pro-democracy protests in Hong Kong, locals have taken to the location-based messaging app FireChat to communicate with each other. 100,000 local users signed into the off-the-grid messaging app for the first time last weekend after a student activist recommended the app for communication should authorities switch off cellular networks. The app creates a mesh network between nearby users using WiFi, cellular data, or Bluetooth, allowing them to communicate with people even when strict firewalls are in place. For now, it looks as though we're a long way away from the heavy-handed tactics of other governments, but FireChat's sudden popularity shows locals are keen to stay one step ahead when it comes to communication.

In this article: China, FireChat, Hong Kong, messaging, mobilepostcross, protest
All products recommended by Engadget are selected by our editorial team, independent of our parent company. Some of our stories include affiliate links. If you buy something through one of these links, we may earn an affiliate commission.