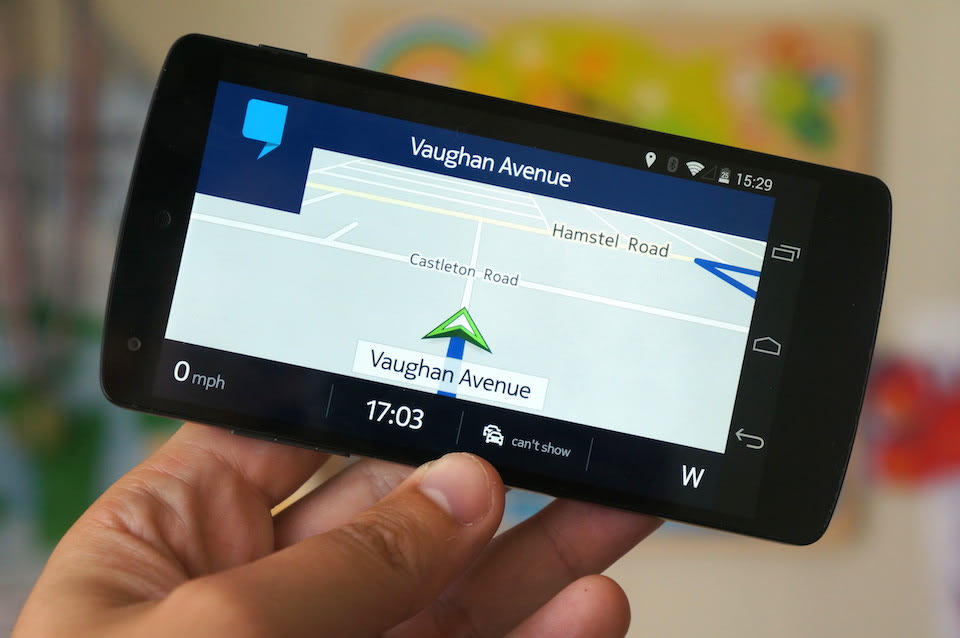 When Microsoft finally completed its €3.79 billion acquisition of Nokia earlier this year, the company took control of its smartphone business, but left behind a number of Nokia's other powerful and profitable properties. One such property was the company's mapping division, now called Here, which has become the de facto maps app for Windows Phone users the world over. Nokia tried to replicate the experience on iOS, but after poor reviews and the admission that things "went horribly wrong," the company pulled its iPhone app and went back to the drawing board. As for Android, it looked like Nokia would never deliver a real Google Maps alternative.

Luckily, that's all about to change. Thanks to some marketing muscle from Korea, Nokia will soon give Samsung Galaxy smartphone owners advanced access to its maps app. While Nokia readies Here Maps for Samsung's Galaxy Apps store, which is expected to drop in the coming weeks, the company gave us an early preview of its new app, and it's good. When you first launch the app, you will be asked to sign up or log in. It's important that you do, because you need an account to download maps and save collections for later. For ease of use, Nokia lets you use Facebook to sign in, but if you don't like the idea of sharing data with Zuckerberg and co., you can simply use Nokia's own signup form.

Once you've cleared that hurdle, you'll immediately notice how basic the app is -- there are no bells and whistles here. That's no bad thing, because the app loads instantly and transitions are very smooth. Just like Google Maps, Here supplies the default mapping data (labeled Maps) and turn-by-turn navigation (labeled Drive).

Selecting Drive will immediately ask you to select your destination. You can either enter a location directly or pull up a list of journeys you've recently made. Once you've plugged that in, Here Maps will list the duration of the journey, the total number of miles, the main routes it expects to take and will also, as long as you're not using offline mode (more on this later), list any potential traffic delays you might encounter on your journey. There are options to include or exclude major roads, toll roads, ferries or tunnels if your mode of transport requires you to. 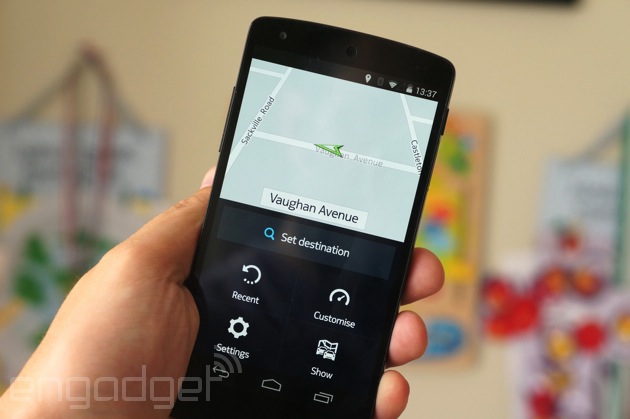 In the wider settings, you can choose to enable a feature that will gauge your speed and warn you if you exceed a speed limit in a certain area. The app offers two sliders: one that lets you choose how fast you need to be going to trigger an alert in an area where the limit is under 50MPH, and another for when you're beetling down a major road (over 50MPH). There's the usual option to switch navigation voices, but unlike Waze, which offers guidance from none other than Terry Crews, you're stuck with regular male and female voices in at least nine European languages (which I'd still consider a huge plus).

During my short test, Drive performed well. It delivered early navigation prompts, meaning you can familiarize yourself with your surroundings before you make the turn. Although I was navigating roads I'm already familiar with, the app appeared to list the most effective route (i.e., the one I would've always taken), but did provide alternatives just in case.

If you don't have a car, Nokia also includes train travel and walking options. Once a destination is entered, the app will detect your current location and provide walking distances to your local station and a number of upcoming trains. Like when you're driving, it'll list the total journey and estimated arrival times, how many changes it expects you'll make and also give you a detailed summary of the journey ahead of you. 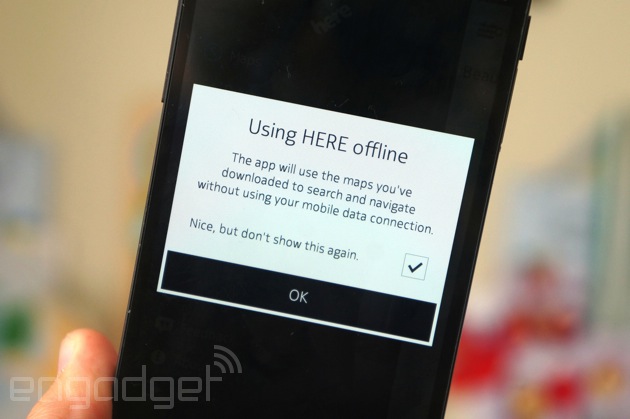 One of Nokia's mapping strengths is its ability to offer offline data not just for specific countries, but also entire continents. Google offers a way to make selected areas available offline, but even then you're only getting a tiny fraction of what Nokia can offer. To enable offline mode, Nokia has included a small tickbox in the menu. As soon as you enable it, you can search for specific locations and enable turn-by-turn navigation, but you won't benefit from traffic warnings or Nokia's updated place listings. Be warned, though, if you want to use offline maps, you need to make sure you have a chunk of free space on your device. For reference, North American and European maps take up 6.8GB and 9GB, respectively, although you can download specific countries too.

Offline maps are likely to be a huge help if you want to see the sights while you're abroad, but don't want to waste money on roaming fees. Before you go, though, you can add the places you'd like to visit to a "Collection," which you can then pull up when you arrive in a distant land. The point-of-interest database might not be as comprehensive as Google's, but it's certainly not lacking. Nokia also lets you share these locations with other people using its Glympse integration, letting others see where you're visiting and possibly join you (if you're online, that is).

The app provides a decent mix of features without becoming bloated or troublesome to use. If you're looking for a legitimate alternative to Google Maps, Here Maps matches its rival in many aspects and betters it in others. The new iOS and Android apps will be available later this year, after Samsung has enjoyed its period of Android exclusivity.

In this article: android, app, hands-on, here, here maps, heremaps, mapping, nokia
All products recommended by Engadget are selected by our editorial team, independent of our parent company. Some of our stories include affiliate links. If you buy something through one of these links, we may earn an affiliate commission.