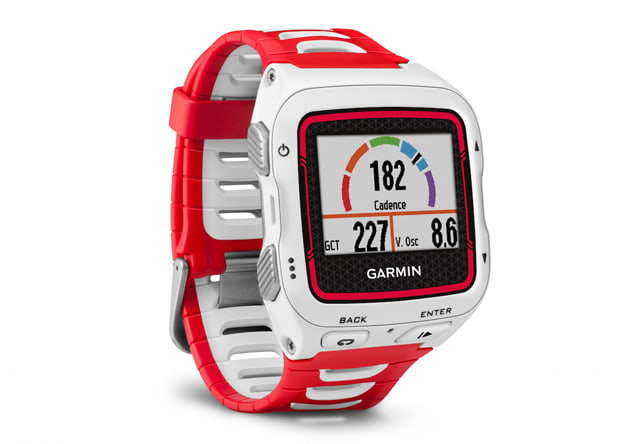 Garmin's GPS watch lineup has had an imbalance as of late; while more modest athletes have had luxuries like color displays and phone integration, you've had to make do with monochrome and old-school PC syncing if you need multi-sport wristwear like the Forerunner 910XT. Thankfully, you won't have to make that sacrifice any more now that the company has launched a much-needed follow-up -- not surprisingly, the Forerunner 920XT. The new watch tracks your biking, running and swimming stats like its ancestor, but catches up on 2014-era tech through a color screen, phone support (including call and message notifications) and advanced data like your running gait and oxygen volume estimates. It should be lighter, thinner and more comfortable than the 910XT, too, so you won't notice it quite so much while you're in the middle of a practice session. Just be ready to pay up if you want Garmin's most capable wearable. The 920XT starts at $450 ($50 more than the 910XT) all by itself, and you're looking at $500 if you want a heart rate monitor at the same time.

Source: Garmin
In this article: biking, exercise, fitness, forerunner, forerunner920xt, garmin, gps, running, swimming, video, watch
All products recommended by Engadget are selected by our editorial team, independent of our parent company. Some of our stories include affiliate links. If you buy something through one of these links, we may earn an affiliate commission.