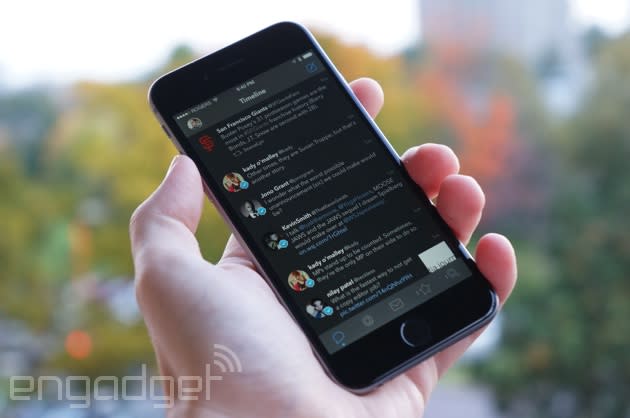 Tweetbot 3 for iOS is frequently regarded as one of the better mobile Twitter apps, no matter the platform -- it's full of shortcuts and visual flair that most clients (including Twitter's own) sorely lack. It has been lagging on support for Apple's latest developments, however, which makes today's version 3.5 update pretty important. The interface now scales properly on the iPhone 6 and 6 Plus, giving you much more screen real estate when you're browsing tweets. There are also a few noteworthy upgrades that apply to everyone, including interactive notifications, sharing sheets and support for fetching your login from 1Password. It'll cost you $5 to get the new release if you don't already use Tweetbot, but it might well be worth the outlay if the free Twitter apps aren't quite cutting it.

In this article: app, ios, iphone, iphone6, iphone6plus, mobilepostcross, smartphone, socialnetworking, tapbots, Tweetbot, twitter
All products recommended by Engadget are selected by our editorial team, independent of our parent company. Some of our stories include affiliate links. If you buy something through one of these links, we may earn an affiliate commission.