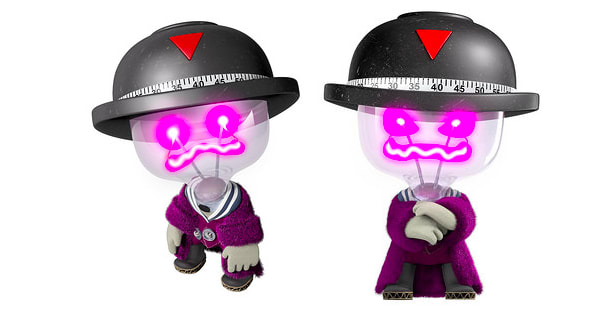 Hugh Laurie, English renaissance man and star of the long-running Fox drama House, is the voice of Newton, the antagonist in LittleBigPlanet 3, Media Molecule revealed today. This news is extra-special because it puts Laurie opposite Stephen Fry, who voices the game's narrator and happens to be Laurie's comedic partner in the classic BBC sketch show A Bit of Fry and Laurie.

"The strange thing is I did not know, until I got here, that he was the narrator," Laurie says in his reveal video. "But it was actually completely delightful to think that he's on the other end of this – well, beginning and end of the game – as the all-wise, all-seeing, all-knowing narrator. Oh my god, how he would love to be described as those things: all-wise, all-knowing and all-seeing. Which he is, of course."

Prepare yourself for LittleBigPlanet 3 with a clip from A Bit of Fry and Laurie after the break.
[Image: Sony]

Source: PlayStation Blog
In this article: a-bit-of-fry-and-laurie, hugh-laurie, media-molecule, playstation, ps4, stephen-fry
All products recommended by Engadget are selected by our editorial team, independent of our parent company. Some of our stories include affiliate links. If you buy something through one of these links, we may earn an affiliate commission.