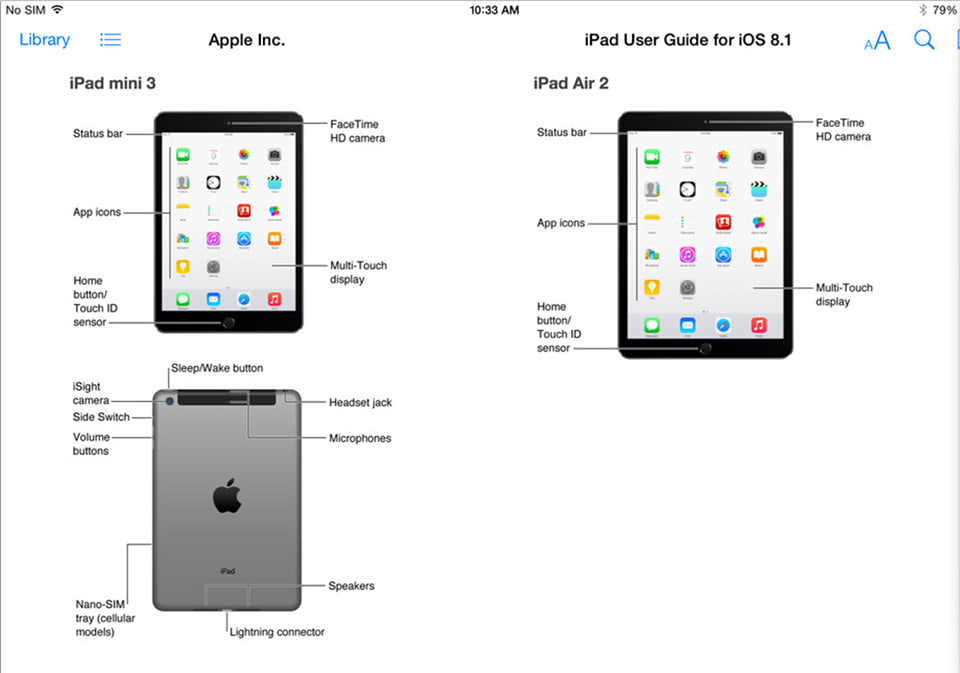 Well, this is a bit unlike Apple -- the company appears to have accidentally spilled the beans about the iPad Air 2 and iPad mini 3, which are expected to be announced tomorrow. Representations of both devices showed up in a screenshot of the iPad User Guide for iOS 8.1, which we're also expecting new details about tomorrow. We can't tell much from the image, but it does confirm that Cupertino's tablets will be getting Touch ID. A later screenshot also details burst shooting mode, which will be coming to the iPad Air 2, but not the mini 3, according to the document. However, downloading the book didn't reveal any additional info. In fact, there's no trace of the content leaked via the preview screenshots at all.

While the leak may seem like a careless mistake, the more cynical out there will note that this happened just moments after Google announced its latest Nexus devices. It might be a coincidence, or the notoriously media savvy company might be trying to push the competition out of the news cycle as fast as possible.

Via: 9to5Mac
Source: iTunes
In this article: apple, breaking news, ios 8.1, ipad, ipad air, ipad air 2, ipad mini, ipad mini 3, ipadevent2014, leak, mobilepostcross
All products recommended by Engadget are selected by our editorial team, independent of our parent company. Some of our stories include affiliate links. If you buy something through one of these links, we may earn an affiliate commission.