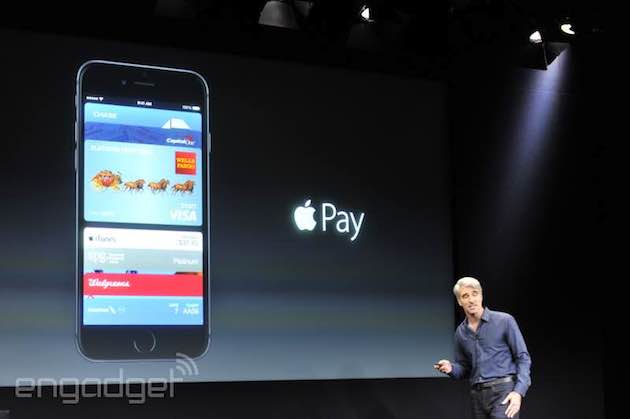 Craig Federighi, Apple's senior VP of software engineering, has just announced that iOS 8.1 will bring Apple Pay compatibility to the iPhone 6 and the iPhone 6 Plus. That's good news, because Apple Pay launches this Monday with support from Starbucks, Macy's, Target and others. It'll also bring back the Camera Roll, which should be good news for iPhone users who missed that feature when it was taken away. Additionally, those who update to the new firmware will get access to the public beta of iCloud Photo Library, which gives you the ability to access the full resolution of all your photos and videos without any downscaling.

The big news though, is that iOS 8.1 will finally bring Continuity compatibility when it comes to SMS and Instant Hotspot (as long as you have OS X Yosemite installed on your Mac, of course). That means you'll be able to make and receive texts from your Mac and get online via your phone's cellular connection. Those with iOS 8 and Yosemite could already enjoy other Continuity features such as handing off a half-composed email from your Mac to your iPad, sharing Keynote slides and making and receiving calls.

And if all of that sounds intriguing to you, well good news: iOS 8.1 will be available this coming Monday.

In this article: apple, applepay, continuity, ios8, ios8.1, iPadEvent2014, yosemite
All products recommended by Engadget are selected by our editorial team, independent of our parent company. Some of our stories include affiliate links. If you buy something through one of these links, we may earn an affiliate commission.