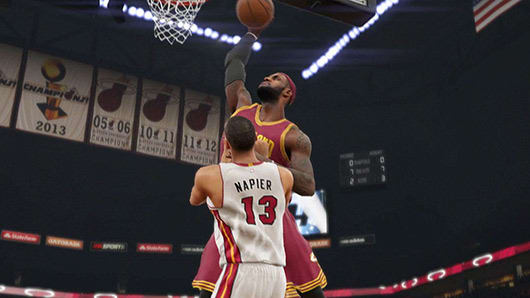 2K Sports submitted an update to Sony and Microsoft for certification to patch issues with NBA 2K15 in the "coming days." The publisher's support team noted on Twitter that the patch will address a number of issues, including the game's MyPark mode. Since the game launched last week, players have been regularly booted from the online mode.

NBA 2K15 is the latest in the publisher's annual pro basketball series, and was generally met with critical approval last week. The game also received a card-battling companion app this week on iOS and Android. While the details of NBA 2K15's patch are not yet known, here's hoping it alleviates the nightmarish results of its face-scanning feature. The game is available for PS4, Xbox One, PS3, Xbox 360 and PC.
[Image: 2K Sports] 4
Source: Twitter
In this article: 2K-Sports, basketball, microsoft, mypark, nba, nba-2k, nba-2k15, patch, pc, playstation, ps3, ps4, server-issues, update, Visual-Concepts, xbox, xbox-one
All products recommended by Engadget are selected by our editorial team, independent of our parent company. Some of our stories include affiliate links. If you buy something through one of these links, we may earn an affiliate commission.