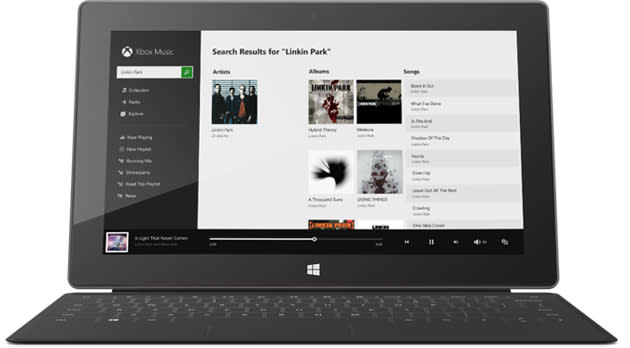 If you're hooked on Xbox Music's free desktop-based listening, you're going to have make some backup plans very shortly. Microsoft has announced that it's dropping the no-cost web and Windows streaming option as of December 1st; after that, you'll have to pay for a Music Pass if you want all-you-can-eat tunes beyond the 30-day trial period. The company claims that it's refocusing Xbox Music to make it the "ultimate music purchase and subscription service," although it's not elaborating on what that entails. Suffice it to say that Microsoft has a lot of competition in the free music space. Its main rival, Spotify, has over 30 million free users worldwide on a wider range of platforms -- it wouldn't be easy for Microsoft to challenge that lead using the free tier you know today.

In this article: internet, microsoft, music, streaming, web, windows, windows8, windows8.1, xbox, xboxmusic
All products recommended by Engadget are selected by our editorial team, independent of our parent company. Some of our stories include affiliate links. If you buy something through one of these links, we may earn an affiliate commission.