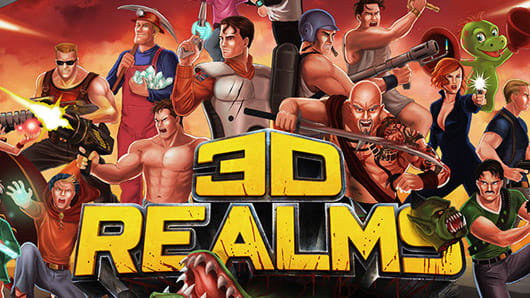 Once-defunct publisher 3D Realms has re-opened its doors, releasing a 32-game compilation and promising a slate of upcoming releases from a newly-assembled staff.

The 3D Realms Anthology, available for $19.99 from the publisher's website, collects Duke Nukem 3D, Shadow Warrior, Commander Keen: Goodbye Galaxy, Wolfenstein 3D, Rise of the Triad: Dark War, and other classic PC games in a DRM-free package. Many of the company's past works -- including Alien Carnage, Major Stryker, and Stargunner -- are also available as free downloads.

3D Realms shed its former staff in 2008, but retained its rights to Duke Nukem and other landmark PC franchises. Rise of the Triad developer Interceptor Entertainment acquired label owner Apogee Software earlier this year, and now controls all associated IP and branding.


[Video: 3D Realms]
Via: Destructoid
Source: 3D Realms
In this article: 3d-realms, apogee, duke-nukem, duke-nukem-3d, interceptor-entertainment, pc
All products recommended by Engadget are selected by our editorial team, independent of our parent company. Some of our stories include affiliate links. If you buy something through one of these links, we may earn an affiliate commission.