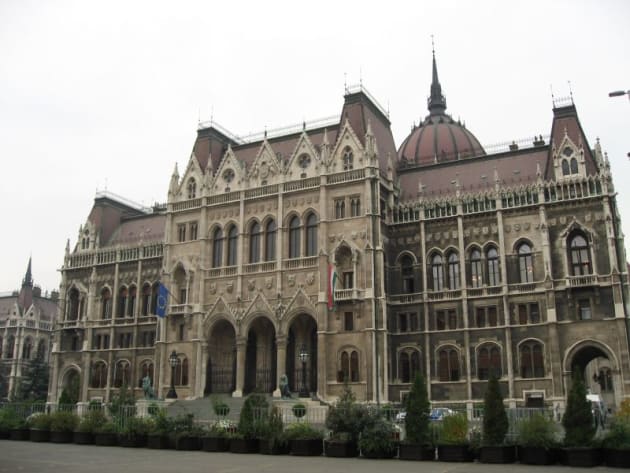 It's probably a good thing that Google got its Street View surveil of Hungary in when it did, because a new tax being proposed could make internet traffic in the country more expensive. A tax bill draft sent to parliament could impose a 150 forints fee (about $0.62) per each gigabyte transferred. Hungarian politicians are defending this move by saying that because of the way telecommunications have changed, so does how they need to be taxed. Estimates for the proposed income? Somewhere in the neighborhood of 20 billion forints, according to Reuters.

That's an additional $82 million per year on top of 2013's 164 billion forints (over $675 million) collected. The Verge points out that this would likely be a way for the indebted country to pull itself into the black. Currently, the maximum tax allowable for users is 700 forints (roughly $2.88), while companies are capped at 5,000 forints, or around $20.59 each month. Hungarians are not happy and thousands have apparently vowed to rally outside the country's Economy Ministry this Sunday.

Source: Reuters
In this article: europe, Hungary, Internet, InternetTax, parliament, reuters, taxes
All products recommended by Engadget are selected by our editorial team, independent of our parent company. Some of our stories include affiliate links. If you buy something through one of these links, we may earn an affiliate commission.