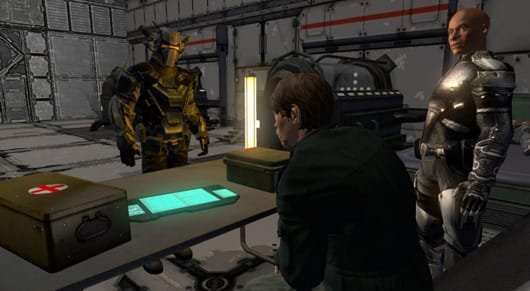 Sandbox healers, listen up! The Repopulation released a new featurette this week titled Healing and You.

"Gone is the idea of an unengaged, rear-guard healer with zero choice," the diary explains, before mentioning a new healing ability set, First Aid ability enhancements, and some "support and damage abilities for Medics who want to pack a punch." These and other tweaks lead to "an expansive system that creates viable Combat Medics," according to the post, which also says that these CMs are necessary in both PvE and PvP.
Source: Dev blog
Coverage: Official site
In this article: above-and-beyond, above-and-beyond-technologies, combat-medic, combat-medics, healers, healing, repopulation, repopulation-healer, repopulation-healing, sandbox, sci-fi, the-repopulation
All products recommended by Engadget are selected by our editorial team, independent of our parent company. Some of our stories include affiliate links. If you buy something through one of these links, we may earn an affiliate commission.