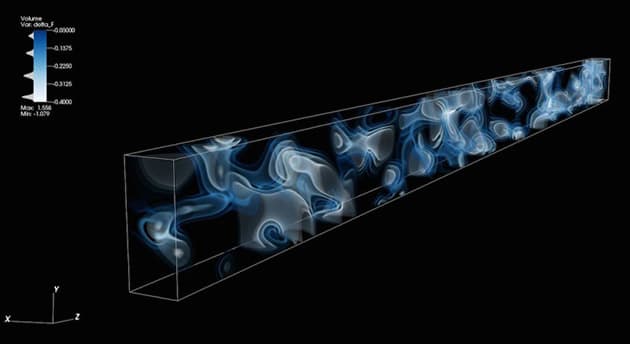 Mapping out the ancient universe is a major astronomical goal, but there's a huge challenge: the galaxies there are so dim, scientists can't make out any of the dark parts. But researchers from the Max Planck Institute and US Berkeley/Berkeley Lab have made a breakthrough that may help. They turned their telescopes on a small, 10.8 billion year old chunk of the universe, measuring the change in light from galaxies caused by hydrogen clouds just in front of them. By observing a number of such galaxies, the astronomers created a map of the cosmic web of gases in front of them, in a similar way that scientists map out the brain using CT scans. Though they covered just a tiny portion of the universe, the scientists think it could help the DESI project, due to come online in 2018. It's goal is nothing less than completely mapping the universe to a distance of 10 billion light years.

Via: Science Daily
Source: Berkeley Lab
In this article: AncientUniverse, BerkeleyLab, Dark matter, Galaxies, MaxPlanckInstitute, universe
All products recommended by Engadget are selected by our editorial team, independent of our parent company. Some of our stories include affiliate links. If you buy something through one of these links, we may earn an affiliate commission.