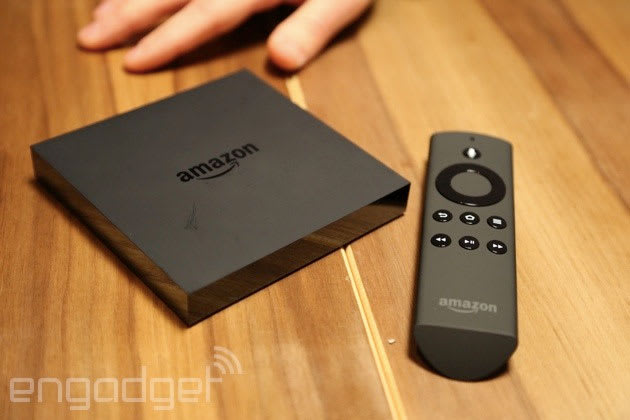 This week Amazon announced it would take a $170 million hit due to the struggling Fire Phone, but there's no sign of issues with the Fire TV. Amazon isn't sharing any sales numbers so all we know for sure is that its selection of apps and games has grown to over 600, more than triple the number available at launch. NBA 2K15 is coming soon, but for now the apps and games used most include Amazon Instant Video (of course), Netflix, Hulu Plus, Asphalt 8: Airborne and Minecraft: Pocket Edition. When we reviewed the Fire TV in April it came off as a powerful platform with some initial rough edges -- now that it has a better selection of original apps and exclusive content with shows like Transparent, it may be in a position to stand out from the crowd (Apple TV, Roku, Chromecast).

Amazon's pitch to prospective developers -- conveniently timed as we're expecting the arrival of Google's Nexus Player --features quotes from the makers of Dungeon Quest and Ninja Hero Cats about how successful they've been on the platform, while Opera's Aneesh Rajaram chimes in about the ease of porting video apps and content. Recent additions to the library include Spotify, PBS, and NFL Now, and for viewers, it just launched season two of the original series Alpha House.
Source: Amazon (1), (2)
In this article: amazon, amazonfiretv, fire tv, firetv, hdpostcross
All products recommended by Engadget are selected by our editorial team, independent of our parent company. Some of our stories include affiliate links. If you buy something through one of these links, we may earn an affiliate commission.