Permadeath has been one of the most contentuous features in online gaming since as far back as I can remember. The feeling of permanently losing a character you've spent months training up and playing with because of a single mistake or lag spike would be horrifying to most people, yet the idea continues to intrigue both players and developers. Diablo II's Hardcore mode is probably the most successful permadeath mechanic in an online game to date, separating the hardcore players onto a different server so that they develop their own game economy and leaderboard. Several MMOs have experimented with permadeath servers or mechanics over the years, but they're almost always reverted as failures.

In a recent presentation at EVE Vegas 2014, EVE Online developer CCP Rise discussed the idea of permadeath characters as something he's wanted to add to the game for the past few years. This is particularly problematic for EVE as the game uses passive time-based skill training and the whole game takes place on one massive shard. The hardcore players would need to have enough incentive to risk their characters' lives on a daily basis, their abilities would have to be balanced with non-hardcore players, and abuse of the system to suicide gank players would need to be handled. But if those problems are tackled, is it possible that there's a place for permadeath in EVE?

In this edition of EVE Evolved, I look at how permadeath could be added to EVE Online without disrupting the rest of the game. 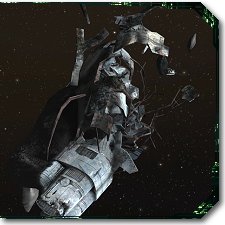 But doesn't EVE already have permadeath?

When you die in EVE right now, your ship is destroyed and about half of your fitted modules and cargo are obliterated, the rest being dropped in your shipwreck as loot. Your escape pod is ejected from the ship, and you have a chance to warp away to safety, but if you're caught by hostile players, then they'll blow it up too. If that happens, your character dies and is immediately resurrected in a cloning lab, losing any implants that were in your previous clone's head. While this is harsh, it's not permadeath as your destroyed ship and implants are just pieces of equipment and your character respawns.

Clones come in a variety of different grades that determine how many skillpoints are protected when you die, and you have to re-purchase an upgraded clone after your resurrection. If your clone isn't sufficiently high-quality when you die, you'll lose 5% of your unprotected skillpoints from your highest skill. For example, if you have 131 million skill points and a grade Tau clone that covers 120 million, you'll lose 5% of the unprotected 11 million (550,000) from the skill with the highest number of skillpoints. It seems harsh, but in reality this mechanic never comes into play for 99% of players. As long as you upgrade your clone after death, there's no penalty other than the ISK cost of the clone upgrade. Ultimately, every death in EVE can be reduced to a simple ISK cost. 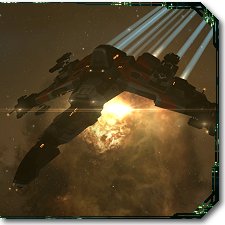 In the EVE lore, only a small number of people are compatible with the jovian pod technology that allows cloning and makes pod pilots immortal. CCP Rise's proposal was that we should be able to create an ordinary mortal character that might be able to inject skills by installing implants. That would remove the skill training time for the character to pilot certain ships competently, but the implant itself would cost ISK, making deaths with these characters essentially just ISK losses like with your immortal characters, with the difference that you'd get to create and name those characters before sending them to their deaths.

The idea as presented can be abused to create endless suicide ganking characters, market alts, and hordes of miners, but there's a simple change that can fix that. What if instead of rolling a new character and injecting skills, pod pilots could "sponsor" a mortal character and temporarily transfer the use of some of their skills to the mortal? The skills would then be unusable by pod pilots until they're taken back or the mortal character dies. As your pod pilot is sponsoring the mortal character, he or she would share your standings and criminal status and your name would be shown in the character's biography in-game. The system could then no longer be abused to create armies of alts, bypass the security status system, or hide your identity. 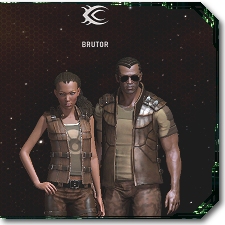 Helping with the new player experience:

One of the biggest problems EVE faces right now is retaining new players, and it's very interesting that CCP chose to introduce the idea of permadeath during a talk on revamping the new player experience. If you think about it, mortal characters are the perfect way to ease gamers into the EVE universe and let them try out anything they like. What if players could select from dozens of pre-made mortal characters living in the space station you start in, each with his or her own specialisation and generous set of starting skills? Want to try PvP without actually risking anything? Jump into a free mortal character in Faction Warfare with a pre-fitted Rifter and the skills to fly it effectively.

These mortal characters would each come with a short tutorial and would be blank slates to let players try out various parts of the game without worrying about death or losing anything. They would have to be restricted in some ways, such as not being able to disable the ship firing safety, and their starting items would have to be character-bound and completely destroyed on death. If the player likes a particular way of life, he could graduate the character to a full pod-pilot status, designing the new clone's appearance and selecting a new name.

The pod pilot could retain some or all the skills of the former mortal character, and we could have several achievements that would unlock the ability to keep the assets that character has. For example, if you pick the faction warfare mortal character and participate in at least 5 kills worth over a million ISK each, you get to keep the starting frigate. If you pick a mining character and mine enough ore and get your wallet to above a few million ISK, you could keep your mining barge.

The idea of permadeath characters that CCP Rise discussed off-hand at EVE Vegas is something that's apparently been brewing at CCP for a number of years and has been discussed with the Council of Stellar Management on at least one occasion. This feature could eventually come to EVE, but CCP will have to be careful with how it proceeds. Letting people create anonymous mortal characters that can inject 20 million skill points (about a year of normal training) to use as they wish would lead to armies of abusive alt characters, but there are ways that permadeath could work.

Mortal characters could help CCP completely revamp the new player experience, let trial characters try higher-level gameplay without risking major loss, and even let veterans split themselves up into multiple mortal characters ready to pilot various ships. Veterans might even be able to sponsor real-life friends by loaning them the skills to come along on a PvP roam or wormhole op. Perhaps this whole thing could also fit into CCP's plans for player-built stargates by ensuring that only blank mortal characters can jump through into the new wilderness and must build themselves up from nothing. There's a ton of potential in this idea if we get beyond the spectre of losing your character to a lag spike, and it'll be interesting to see if CCP does anything with it!

Brendan "Nyphur" Drain is an early veteran of EVE Online and writer of the weekly EVE Evolved column here at Massively. The column covers anything and everything relating to EVE Online, from in-depth guides to speculative opinion pieces. If you have an idea for a column or guide, or you just want to message him, send an email to brendan@massively.com.
In this article: blizzard, ccp, ccp-games, ccp-rise, death, death-penalty, diablo, diablo-2, diablo-3, diablo-ii, diablo-iii, eve, eve-evolved, eve-online, featured, game-design, mortal, mortal-characters, multiplayer, online-multiplayer, opinion, permadeath, sandbox, sci-fi
All products recommended by Engadget are selected by our editorial team, independent of our parent company. Some of our stories include affiliate links. If you buy something through one of these links, we may earn an affiliate commission.