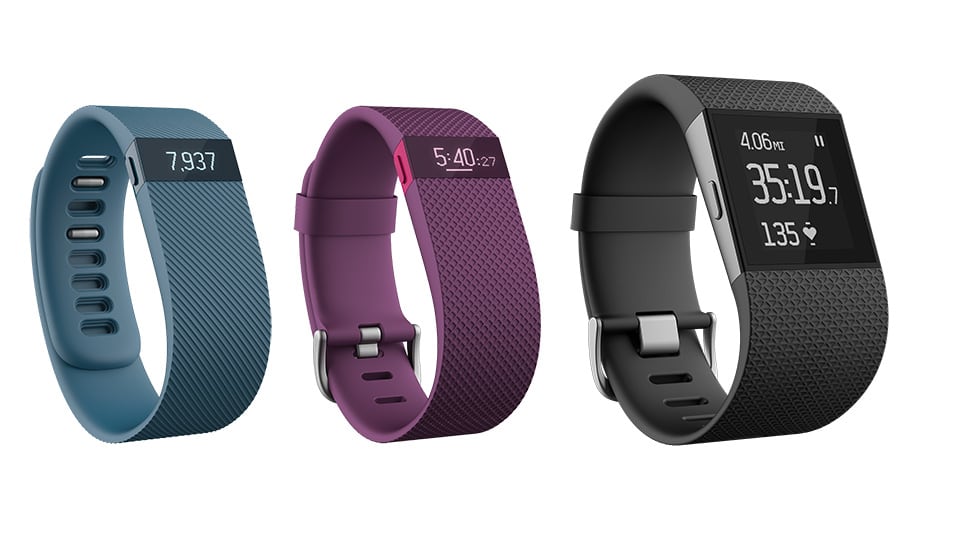 The last year has been a bit rough for Fitbit. The biggest thorn in its side has obviously been the allergic reactions to, and the subsequent recall of, its Force fitness tracker. Despite having spent the better part of 2014 without its flagship model on store shelves, the company still holds a lead over its competitors in market share. And now it's hoping to extend that lead with an all-out assault on the activity tracking market. Today the company is announcing not one, but three new devices that are set to be released over the next several months.

The Charge is the replacement for the Force. All of the same features are on-board, including caller-ID functions. Plus Fitbit has finally unlocked the secret to automatic sleep tracking. That means the days of remembering to tell your Fitbit when it's bedtime are over. The design has changed slightly since last year, and it's now made of a softer rubber with a slightly textured surface. But for the most part, the Charge is a direct clone of the Force. It's roughly the same size, has the same basic feature set and even the same battery life (seven days). The Charge HR adds only one feature, but it's an important one -- a heart rate monitor. The wrist-worn LED pulse tracker might not be quite as accurate as a chest strap, but it's certainly more comfortable and more convenient. Though the heart rate monitor does cut the expected battery life of the Charge HR to only five days. This should be a huge boon to those with slightly more active lifestyles that want a better idea of how many calories they're burning and want to track heart rate goals during workouts.

The big boy though, is the Surge. Surge marks Fitbit's first foray into the serious fitness buff market. In addition to all the usual step-counting features, Surge packs a GPS module for tracking runs and a heart rate monitor. That gives it a leg up on many other runner's watches out there that require a separate heart rate device. Like its smaller siblings, the Surge does have caller ID, plus it can control your music and it has a touchscreen. Despite all this, Fitbit is still claiming it will last a full week on a charge -- with the GPS off at least. The company wouldn't commit to an exact battery rating with the GPS on, but expect it to be closer to eight hours. Thankfully, most of us don't run super marathons on a daily basis, so that shouldn't be a major issue.

In this article: Activity Tracker, charge, charge hr, fitbit, FitbitCharge, FitbitChargeHR, FitbitSurge, fitness, health, surge
All products recommended by Engadget are selected by our editorial team, independent of our parent company. Some of our stories include affiliate links. If you buy something through one of these links, we may earn an affiliate commission.