How a design firm built the 'Avengers: Age of Ultron' statue 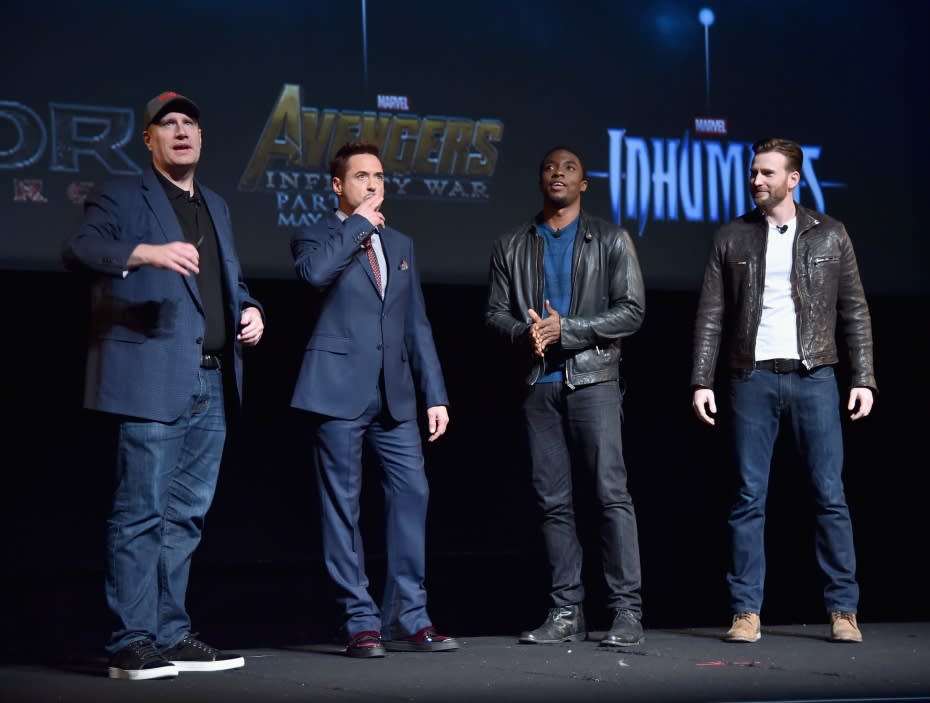 Earlier this month, Warner Bros. announced its roadmap for DC Comics movies through 2020, and today, Marvel Studios revealed its plans as well. Basically, if you're into superhero/comic book movies, you're set for the next seven years. Need a quick rundown of all that's coming? No worries, we've got you covered. All of the box office favorites are on the list, including Avengers and Guardians of the Galaxy 2, alongside the debuts of Wonder Woman, Captain Marvel, Doctor Strange, Black Panther and more. In addition to the officially outed titles, DC Comics says that standalone Batman and Superman films will also be released during this timeframe. For the list of upcoming films, jump on past the break.

Update: Not enough for you? There's also a decent-sized preview from The Avengers: Age of Ultron that aired during Agents of S.H.I.E.L.D.. Of course, in addition to the titles for the big screen, DC Comics has the Arrow, Constantine, Gotham and The Flash TV series with Marvel's Agents of S.H.I.E.L.D. in its second season on ABC. And the latter outfit has a deal in place with Netflix for "multiple original series" that will chronicle the likes of Daredevil, Jessica Jones, Iron Fist and Luke Cage starting in 2015.

Source: Warner Bros., Marvel
In this article: ageofultron, dccomics, disney, hdpostcross, marvel, movies, phase3, roundup, superheroes, TheAvengers, video
All products recommended by Engadget are selected by our editorial team, independent of our parent company. Some of our stories include affiliate links. If you buy something through one of these links, we may earn an affiliate commission.