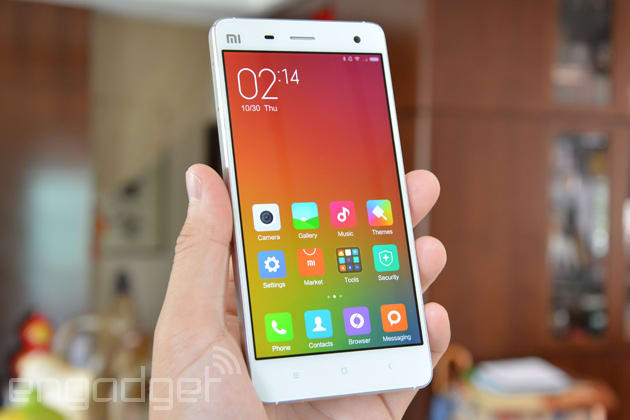 Xiaomi, the smartphone of choice in China, just had a really good few months selling phones. According to Strategy Analytics, it reckon the new phone maker is now the third largest smartphone maker in the world, trailing only Samsung and Apple. Its shipments have tripled in the space of a year, now up to 18 million in Q3 2014, while its share of the smartphone has also more than doubled, shifting from 2.1 to 5.6 percent. Those sales also make it the 5th largest phone manufacturer (including cheaper feature phones). While Samsung (24.7 percent) and Apple (12.3 percent) still dominate, LG's recent good run, selling a record number of phones, has also moved it to fourth. Barring making it big in India, we're looking to see what Xiaomi's going to do next.

In this article: apple, lg, mobilepostcross, samsung, smartphones, smartphonesales, StrategyAnalytics, xiaomi
All products recommended by Engadget are selected by our editorial team, independent of our parent company. Some of our stories include affiliate links. If you buy something through one of these links, we may earn an affiliate commission.