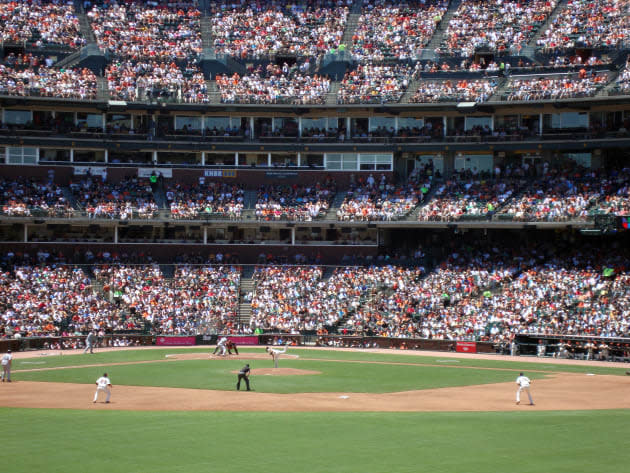 If there's one downside to being a sports fan, it's that you can't take your HDTV with you wherever you go. Like, for instance, you get a lot of weird looks if you try and watch a 40-inch plasma while trying to buy groceries down at the local market. Thankfully, some relief has appeared in the form of Fox Sports Go, which has now arrived on the Windows Phone Store. The app itself is free, since you'll have to sign in to your specific cable provider, such as AT&T, Time Warner or Comcast, to get access to the good stuff. Now, you can stand in the DMV queue rocking out to (select) MLB, NBA and Champions League games - although given the smaller screen size, it might be wise to move the phone closer to your face.

In this article: Champions League, Fox Sports Go, microsoft, MLB, NBA, Windows Phone
All products recommended by Engadget are selected by our editorial team, independent of our parent company. Some of our stories include affiliate links. If you buy something through one of these links, we may earn an affiliate commission.