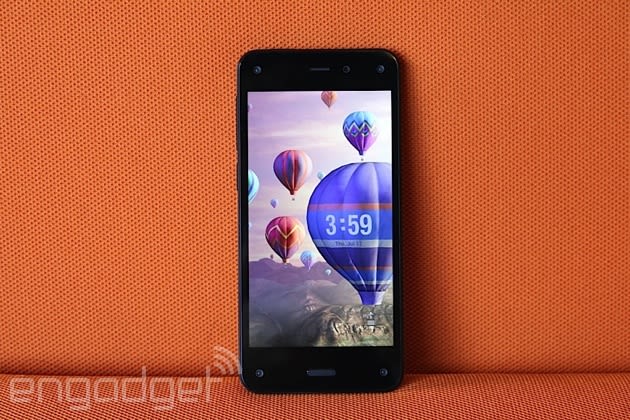 Amazon's Fire phone has been doing so badly on the market, that the company took a $170 million hit in the third quarter of 2014 and is currently sitting on $83 million worth of unsold devices. But even all those millions aren't enough to make the retailer throw in the towel -- Amazon SVP of Devices David Limp told Fortune that the execs are moving forward with their plans to develop and release more phones in the future. According to Limp, the company blames the Fire phone's originally steep pricing for its failure to sell. In fact, the 32GB model used to cost $200 on contract until Amazon was forced to drop its price to just 99 cents in September.

We didn't get the price right. I think people come to expect a great value, and we sort of mismatched expectations. We thought we had it right. But we're also willing to say, 'we missed.' And so we corrected.

He also pointed out that the first Kindle was just as critically panned when it came out, but that the product evolved into something a lot of people love -- a scenario Amazon wants to replicate with the Fire phone. While Limp didn't get into specifics about future models, he said that the company will continue releasing new software features for the current handset. Amazon hopes to learn from people's reactions to these software updates and to get their devices "better and better" in the process.
Via: Apple Insider
Source: Fortune
In this article: amazon, fire, firephone, mobilepostcross
All products recommended by Engadget are selected by our editorial team, independent of our parent company. Some of our stories include affiliate links. If you buy something through one of these links, we may earn an affiliate commission.