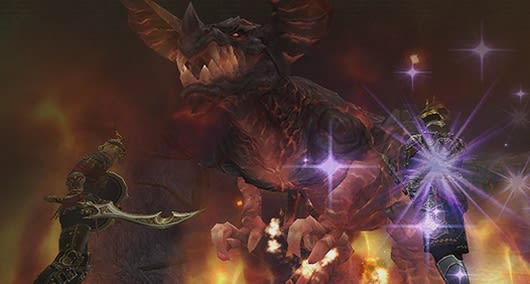 All good things must come to an end. So it goes for Final Fantasy XI's most recent expansion, Seekers of Adoulin, which will be wrapping up its story in the version update going live next week. Players will be pitched into a final battle to determine the fate of the land, lest darkness overtake it... and it probably won't. These stories don't usually end with the heroes totally failing, after all. It'd be a downer back in Jeuno.

The rewards available for clearing the main scenario include a special coat and matching gloves as well as a dozen different rings that should prove quite useful for filling out any player's equipment sets. Tanking, dealing damage, using pets, and even crafting can be improved through use of these rings, giving players more than enough incentive to see the story through to the end. Along with finishing out the story as a whole, too, that's incentive.
Source: The final chapter in the Seekers of Adoulin story
Coverage: Official Site
In this article: expansion, expansions, fantasy, ff, ff11, ffxi, ffxi-seekers-of-adoulin, final-fantasy, final-fantasy-11, final-fantasy-xi, item, items, lore, news, news-items, patch, patches, rewards, seekers-of-adoulin, square, square-enix, story, update, updates
All products recommended by Engadget are selected by our editorial team, independent of our parent company. Some of our stories include affiliate links. If you buy something through one of these links, we may earn an affiliate commission.