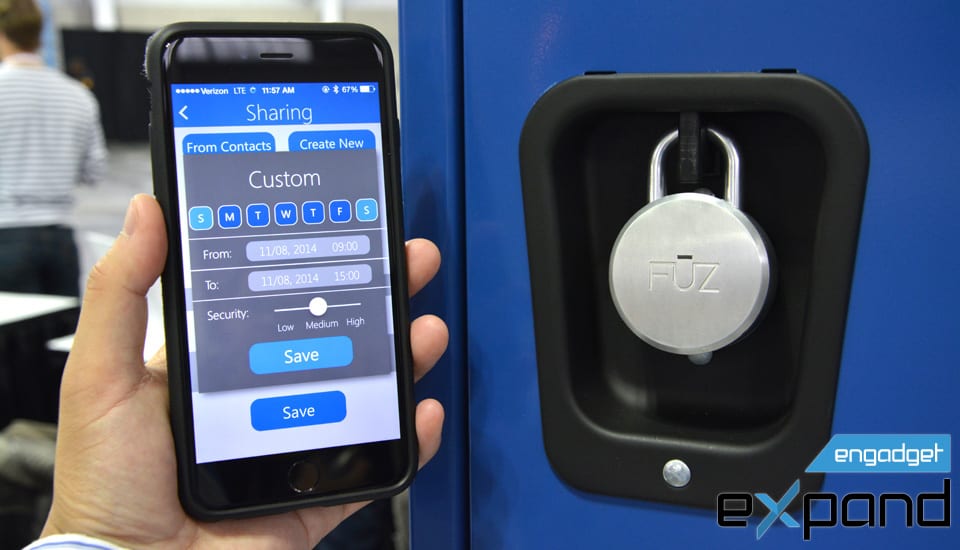 In just a matter of three months, the Noke smart padlock managed to make its way from Kickstarter to our Expand event as an Insert Coin contender, so of course it's rather special. First of all, it's a Bluetooth 4.0-enabled steel bolt that can be unlocked with a click on the shackle when your iPhone or Android phone is nearby. Secondly, the companion app lets you share your Noke locks with family and friends, thus saving you the hassle of passing on a physical key. You can even set the repetition and security level for the authorization, as well as tracking history by users or by locks.

The CR2032 battery (no longer the less common CR3032) claims to last over a year with normal use, but if a Noke does run out of juice, you can simply tap a new battery onto the bottom contact points -- a newly added feature since the Kickstarter campaign -- for about three seconds, in order to give it enough power to unlock. After which, you can replace the battery inside. But what if your phone runs out of battery or is out of range? This is where the "Quick-Click code" comes in: Just tap in your pre-defined pattern of long and short pulses, and the Noke will unlock itself.

Source: Fuz Designs
In this article: bluetooth, EngadgetEvents, engadgetexpand, expand, ExpandNY, fuzdesigns, hands-on, insertcoin, lock, noke, padlock, video
All products recommended by Engadget are selected by our editorial team, independent of our parent company. Some of our stories include affiliate links. If you buy something through one of these links, we may earn an affiliate commission.