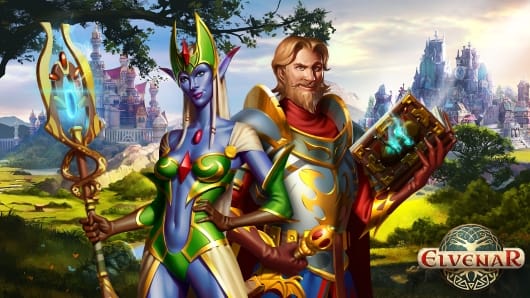 Pristine worlds and virgin landscapes are an affront to sentient sensibilities, which is why the call is going out to colonize the world of Elvenar. Today, InnoGames announced that it is working on a new city building game, this one to be set in a fantasy world.

Players in Elvenar will get to choose between Elves and Humans, after which they will get cracking on building a city to honor that race. Like other InnoGames titles, Elvenar will have not only a building component, but trade and battle ones as well.

Elvenar is planning on a January 2015 closed beta test for the PC. Mobile editions of the game are also planned, although they will be coming later. Players can pre-register on the official site right now.

[Source: InnoGames press release]
Coverage: Elvenar
In this article: beta, browser, browser-based, city-builder, city-building, closed-beta, elvenar, f2p, fantasy, free-to-play, innogames, mmorts, mobile, rts, strategy
All products recommended by Engadget are selected by our editorial team, independent of our parent company. Some of our stories include affiliate links. If you buy something through one of these links, we may earn an affiliate commission.