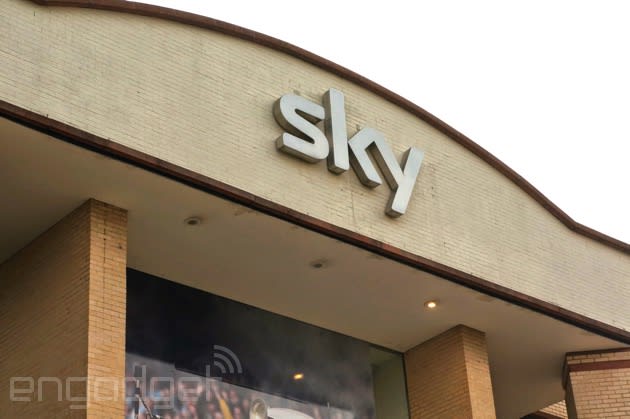 Following the merger of Sky Television and British Satellite Broadcasting in 1990, BSkyB grew to become the biggest pay-TV broadcaster in the UK. Domestic success was fine, but in July, the company decided it was time to cast its net wider, so it agreed a deal with 21st Century Fox to snap up Sky Italia and buy a 57-percent majority share of Sky Deutschland. That transaction has now been approved, creating what Sky says is now "Europe's leading entertainment company." While much will stay the same, some things inevitably must change. You see, now Sky has divisions in Italy and Germany (and 20 million total customers), the British Sky Broadcasting Group name befit a company embarking on an expansion across Europe. As a result, it's changing its name to Sky and listing itself on the London Stock Exchange under the symbol SKY. Shareholders will need to approve the name change first, but we're sure that's just a formality.

Source: Sky
In this article: British Satellite Broadcasting, British Sky Broadcasting, bskyb, Europe, Finance, Germany, Italy, London Stock Exchange, pay tv, SciTech, Sky, Sky Deutschland, Sky Italia, tv, uk-feature, United Kingdom
All products recommended by Engadget are selected by our editorial team, independent of our parent company. Some of our stories include affiliate links. If you buy something through one of these links, we may earn an affiliate commission.