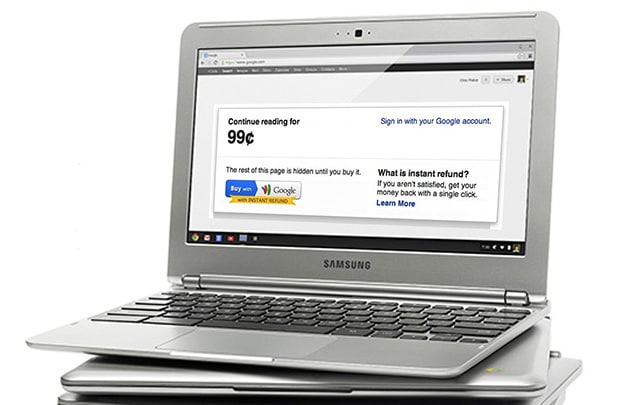 Sad news, web merchants: if you relied on Google Wallet to process the online payments for your feline subculture e-zine (or any other digital product you've got kicking around), you'd better start looking for something else to do the job. On March 2, 2015, Google will officially pull the plug on its Wallet for Digital Goods API, which means anyone who hasn't switched to another payment processor -- like PayPal, for instance -- will be serve up 404s left and right to anyone trying to buy stuff from them.

Why? Mostly because the "industry has matured a lot" since the thing launched back in 2012, meaning that Google's facing some seriously stiff competition and doesn't feel up to the fight. Don't panic, though: let's just take a moment to run through what's happening and to whom. You can still use your NFC-laden Android phone to pay for your Haribo cola gummies down at the local Wawa - that's a completely separate part of the business. You can still process in-app payments through Google Wallet if you're a developer, too, because the last thing Google needs is to pull the rug out from under the app creators that make them money. And yes, you can still use Google Wallet online to buy physical products, like, say, a Domino's Pizza. Thank heavens for that, right?

Via: The Next Web
Source: Google Wallet Support
In this article: google, googlewallet, payment, payments, wallet
All products recommended by Engadget are selected by our editorial team, independent of our parent company. Some of our stories include affiliate links. If you buy something through one of these links, we may earn an affiliate commission.