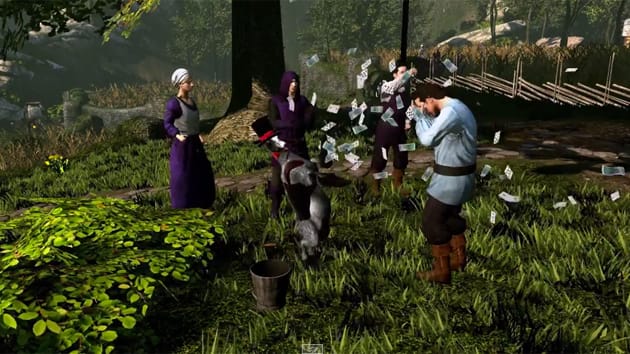 Believe it or not, Goat Simulator is about to get even more ridiculous. Coffee Stain Studios is teasing the launch of Goat MMO Simulator, a massively multiplayer "simulation" add-on for its anything-goes animal game. How absurd is this barnyard role-playing saga going to get? Let's put it this way: it revolves around faction warfare between goats and sheep, and one of the character classes is "Microwave." That says all you need to know, really. It's not clear if Goat MMO will hold your attention any better than the core game, but it won't cost you much to give this a whirl -- the expansion will be free for Goat Simulator owners when it arrives on November 20th.

Via: Joystiq, Polygon
Source: Coffee Stain Studios (YouTube), Steam
In this article: coffeestainstudios, gaming, goatmmosimulator, goatsimulator, linux, mac, mmo, mmorpg, rpg, video, windows
All products recommended by Engadget are selected by our editorial team, independent of our parent company. Some of our stories include affiliate links. If you buy something through one of these links, we may earn an affiliate commission.