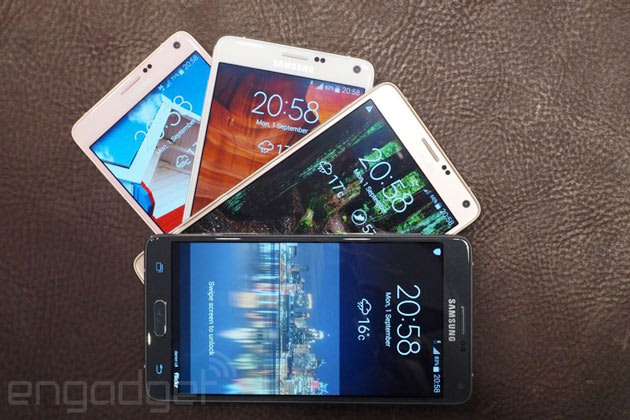 Samsung's financial reports last month explained that profits had almost halved in the quarter. Now, executives have confirmed that it's betting on a more streamlined range of smart devices to help ameliorate things / get their wages back. (The company hinted at the move in its earning call last month, as noted by The Wall Street Journal.) The phone maker aims to: "increase the number of components shared across mid- to low-end models, so that we can further leverage economies of scale" - something that Samsung can do because it makes so many parts of the phones itself. Robert Yi, Head of Investor Relations said that the number of models would be cut by around 25 to 30 percent. So possibly less Galaxy Megas, Cores, Rounds, Edges and Minis, and if the company gets it right, a new smartphone star.

Source: WSJ
In this article: galaxy, mobilepostcross, models, sales, samsung, smartphones
All products recommended by Engadget are selected by our editorial team, independent of our parent company. Some of our stories include affiliate links. If you buy something through one of these links, we may earn an affiliate commission.