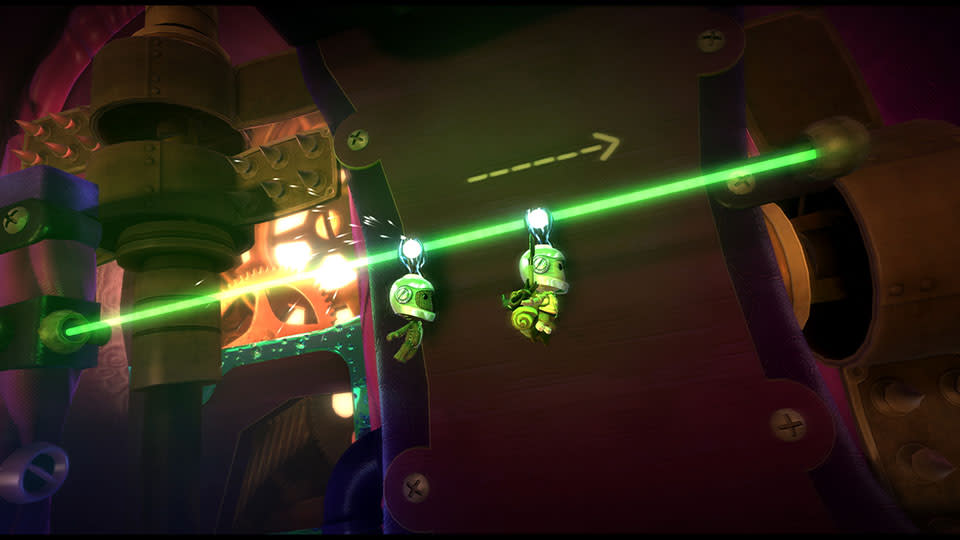 Sony's PlayStation 4 may be off to a heady start in terms of sales, but the console's exclusive content this holiday is on the light side. Driveclub, which was plagued by connectivity issues, makes up 50 percent of the PlayStation 4's exclusive lineup this holiday. The other 50 percent is thankfully adorable and, as of yesterday, critically-acclaimed: LittleBigPlanet 3. This year's LBP is the first major console release not created by the team of Brits behind the first two (Media Molecule); rather, it was created by another team of Brits at Sumo Digital. We're taking a wild guess that LBP 3 retains the cheeky British humor from the first two games, but we're also checking for good measure with a stream just below the break. Join us at 2PM ET and we'll find out together!

[For the record, I'm playing LittleBigPlanet 3 on a PlayStation 4, using a retail copy (disc) provided by Sony. I'm streaming the game over wired internet using an Elgato Game Capture HD and Open Broadcaster Software. All that to say, "This game will likely look prettier and run more smoothly on your home equipment. Streaming conditions vary!"]

Source: Twitch
In this article: hdpostcross, littlebigplanet3, playdate, playstation4, ps4, sony, sonycomputerentertainment, streaming, sumodigital, twitch, video
All products recommended by Engadget are selected by our editorial team, independent of our parent company. Some of our stories include affiliate links. If you buy something through one of these links, we may earn an affiliate commission.