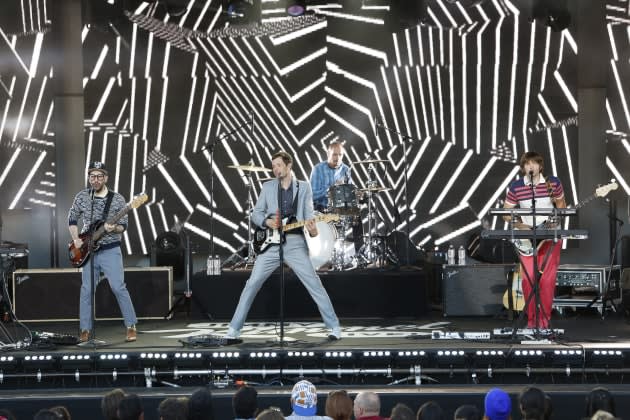 Most bands release a new album as MP3s, and on both CD and vinyl. If you caught any of OK Go's music videos, you know they prefer to do things a little differently. In addition to the aforementioned formats, the band plans release its latest album Hungry Ghosts as DNA. Yep, that's right, nanograms of Deoxyribonucleic acid will carry the music. With the help of a biochemist from UCLA, the record's digital files -- basically a collection of ones and zeroes -- were translated into the genetic code. "Legally speaking, it's unclear whether we will be able to sell the DNA to anyone, or how we would physically get it to them," Kulash told The New Yorker. "This stuff is regulated really fucking heavily." For example, fans may see the DNA version of the album as a small vial with a few drops of water that carry copies of the tunes. "Obviously, it's an artistic gesture and a scientific project, not the most efficient way to actually buy our album," explained Kulash.

Via: Genetic Literacy Project
Source: The New Yorker
In this article: album, dna, hungryghosts, music, okgo, science
All products recommended by Engadget are selected by our editorial team, independent of our parent company. Some of our stories include affiliate links. If you buy something through one of these links, we may earn an affiliate commission.