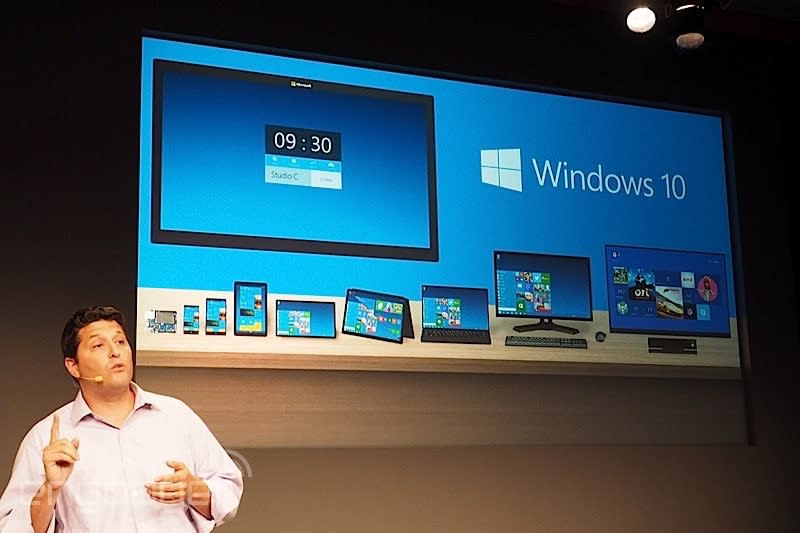 Microsoft will hold an event this January to show off the new features of Windows 10, according to The Verge. Although January is traditionally dominated by the Consumer Electronics Show (CES), Redmond is apparently planning a standalone event later in the month to create some buzz for the new OS away from the confines of a busy trade show.

Some facets of Windows 10 were detailed earlier this year, but next month's event will apparently be "more significant," with Microsoft laying out its plans for phones and tablets, and possibly detailing a new Xbox One dashboard update. The Verge says Microsoft should formally announce the event before the year's end.

In this article: event, laptop, microsoft, smartphone, tablet, windows, windows 10, windows phone
All products recommended by Engadget are selected by our editorial team, independent of our parent company. Some of our stories include affiliate links. If you buy something through one of these links, we may earn an affiliate commission.