Twitter will give you control over who can reply to tweets 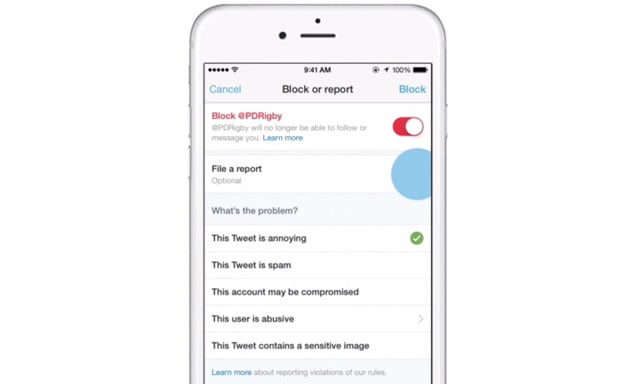 If you've ever been the victim of harassment on Twitter, you know how hard it has been to report abuse until now; you couldn't really do much on mobile, and the complicated process made it difficult to flag all but the scariest threats. Thankfully, Twitter is at last simplifying the reporting process to give you a better defense against abusers. You now need less initial information to make a complaint, and the reporting system is easier to understand as a whole. You should also have less trouble reporting harassment when you aren't the target, and a mobile-native interface lets you deal with troublemakers away from a computer.

The improvements are only available for a handful of people right now, but they should reach the public in the weeks ahead. Importantly, Twitter is reiterating that it's also making a lot of changes under the hood, including improvements to its response time and new enforcement policies. More user controls are coming, too. It's doubtful that these upgrades will put an end to systematic harassment campaigns, but they could make some trolls think twice before launching personal attacks.

Source: Twitter Blog
In this article: abuse, harassment, internet, mobilepostcross, socialnetwork, socialnetworking, troll, trolls, twitter
All products recommended by Engadget are selected by our editorial team, independent of our parent company. Some of our stories include affiliate links. If you buy something through one of these links, we may earn an affiliate commission.