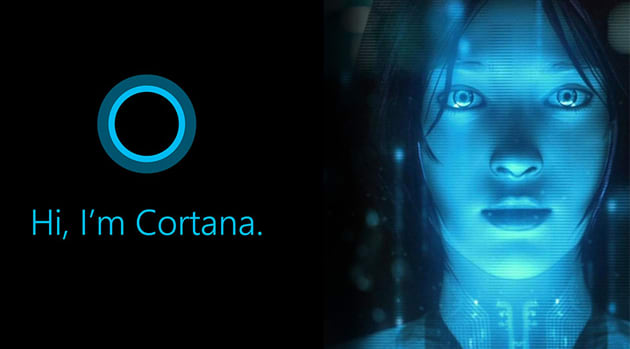 After watching early footage of Microsoft's virtual assistant Cortana in Windows 10 (below), its impending takeover of the Microsoft Borg seems inevitable. There's a lot riding on Cortana, after all. After being released in the U.S. earlier this year, it's now slowly rolling out across the globe. While an obvious response to Apple's Siri, Microsoft's devotion to Cortana is also a reminder of just how important these virtual assistants are becoming. It's as if Siri, Google Now, and Cortana will end up personifying the operating system wars.

Cortana's integration in Windows 10 isn't exactly pretty -- at least, not right now. WinBeta, which discovered the functionality, points out we're just seeing an early interface. But the basics are there: You can speak aloud to have Cortana call Skype contacts, read out your calendar and set reminders just like in Windows Phone (it's not clear if there's an always-on listening mode). These are all things we've gotten used to on our phones, but they'll likely end up being just as useful on our laptops and desktops. And let's be honest, there aren't that many Windows Phone users out there. As it stands, Cortana's only now rolling out to a few more European countries, so Windows 10 will be the first chance most people get to use it.

It may seem like Microsoft's eager to get a new piece of software on the market, but Cortana could end up being as important as the company's individual platforms. Having a unified way of interacting with Windows phones, computers, and tablets simply makes sense. And you can bet that Apple and Google are thinking the same way. It's only a matter of time until Siri heads to OSX (especially after a recent patent filing). And Google Now has been available on Chrome and other platforms for some time now. While they may be a small part of your workflow today, don't be surprised if virtual assistants end up taking center stage in the future.

Source: WinBeta, Microsoft
In this article: cortana, Google Now, microsoft, Siri, virtual assistants, windows, windows 10, windows phone, windows10, windowsphone
All products recommended by Engadget are selected by our editorial team, independent of our parent company. Some of our stories include affiliate links. If you buy something through one of these links, we may earn an affiliate commission.