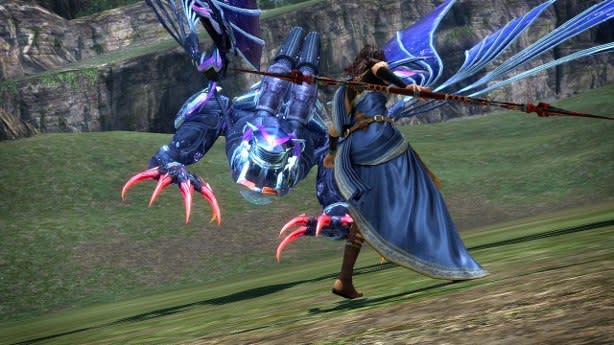 Square Enix will introduce a patch for Final Fantasy 13 on Steam next week that will give players additional graphics options. Slated to land on Thursday, December 11, the update will allow players to switch to custom resolutions, such as 720p and 1080p. The patch hits the same day that the game's sequel, Final Fantasy 13-2, will arrive on Steam as well.

Final Fantasy 13 first launched in late 2009 in Japan, making its worldwide debut in March 2010 for PlayStation 3 and Xbox 360. The game was followed by the aforementioned 13-2 in February 2012 and the final game of the trilogy earlier this year, Lightning Returns: Final Fantasy 13. Those planning on picking up the Steam version of Final Fantasy 13-2 may want to pre-purchase the game, as it is 10 percent off at the moment ($17.99).
[Image: Square Enix] 39
Source: Steam
In this article: 1080p, 720p, FFXIII, Final-Fantasy-13, Final-Fantasy-XIII, graphics, patch, pc, resolution, Square-Enix, steam, update, visuals
All products recommended by Engadget are selected by our editorial team, independent of our parent company. Some of our stories include affiliate links. If you buy something through one of these links, we may earn an affiliate commission.